I consider a sample of eight pressure-supported low-surface-brightness galaxies in terms of Milgrom's modified Newtonian dynamics (MOND). These objects include seven nearby dwarf spheroidal galaxies - Sextans, Carina, Leo II, Sculptor, Draco, Leo I, Fornax, and the ultra-diffuse galaxy DF44. The objects are modelled as Milgromian isotropic isothermal spheres characterized by two parameters that are constrained by observations: the constant line-of-sight velocity dispersion and the central surface density. The velocity dispersion determines the total mass, and, with the implied mass-to-light ratio, the central surface brightness. This then specifies the radial run of surface brightness over the entire isothermal sphere. For these objects, the predicted radial distribution of surface brightness is shown to be entirely consistent with observations. This constitutes a success for MOND that is independent of the reduced dynamical mass. 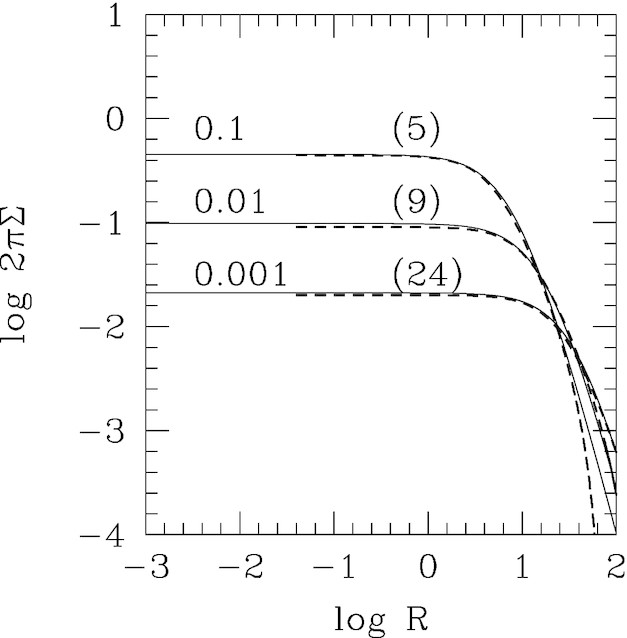