The time-dependent distribution of optical polarization angle changes in blazars

At optical wavelengths, blazar Electric Vector Position Angle (EVPA) rotations linked with gamma-ray activity have been the subject of intense interest and systematic investigation for over a decade. One difficulty in the interpretation of EVPA rotations is the inherent 180° ambiguity in the measurements. It is therefore essential, when studying EVPA rotations, to ensure that the typical time-interval between successive observations - i.e. the cadence - is short enough to ensure that the correct modulo 180° value is selected. This optimal cadence depends on the maximum intrinsic EVPA rotation speed in blazars, which is currently not known. In this paper, we address the following questions for the RoboPol sample: What range of rotation speeds for rotations greater than 90° can we expect? What observation cadence is required to detect such rotations? Have rapid rotations been missed in EVPA rotation studies thus far? What fraction of data is affected by the ambiguity? And how likely are detected rotations affected by the ambiguity? We answer these questions with three seasons of optical polarimetric observations of a statistical sample of blazars sampled weekly with the RoboPol instrument and an additional season with daily observations. We model the distribution of EVPA changes on time-scales from 1-30 d and estimate the fraction of changes exceeding 90°. We show that at least daily observations are necessary to measure ${\gt}96{{\ \rm per\ cent}}$ of optical EVPA variability in the RoboPol sample of blazars correctly and that intraday observations are needed to measure the fastest rotations that have been seen thus far. 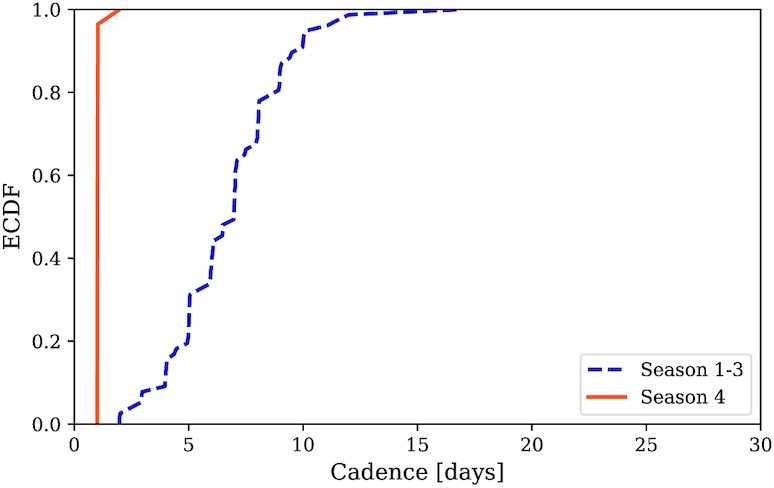