Lithium in red giants: the roles of the He-core flash and the luminosity bump

Lithium abundances for red giants in the GALAH DR3 survey are studied. The rare examples of Li-enriched stars with abundances A(Li) ≥1.5 are confirmed to be He-core burning stars belonging to or evolved from the red clump with similar masses and metallicity: M ≃ 1.1 ± 0.2 M⊙ and [Fe/H] ≃ -0.3 ± 0.3. Li enrichment over the Li abundance present in a star's predecessor at the tip of the red giant branch likely occurs in all these red clump stars. Examination of the elemental abundances (C to Eu) in the GALAH catalogue shows no anomalous abundances in red clump giants and, in particular, no dependence on the Li abundance, which ranges over at least five dex. Lithium synthesis is attributed to the He-core flash occurring in stars at the tip of the red giant branch. Models from the Modules for Experiments in Stellar Astrophysics (MESA) match the observed evolution of these stars along the red giant branch and to the red clump but only at the low effective temperature end of the observed spread of red clump giants. Run of Li abundance on the red giant branch is fairly well reproduced by MESA models. A speculation is presented that the series of He-core flashes not only leads to 7Li synthesis from a star's internal reservoir of 3He but also may lead to internal restructuring leading to the observed effective temperature spread of red clump stars at about a constant luminosity. Giants exhibiting marked Li enrichments are not found at other evolutionary phases and, in particular, not directly associated with the luminosity bump on the red giant branch for which the Li abundance increase does not exceed 0.3 dex. 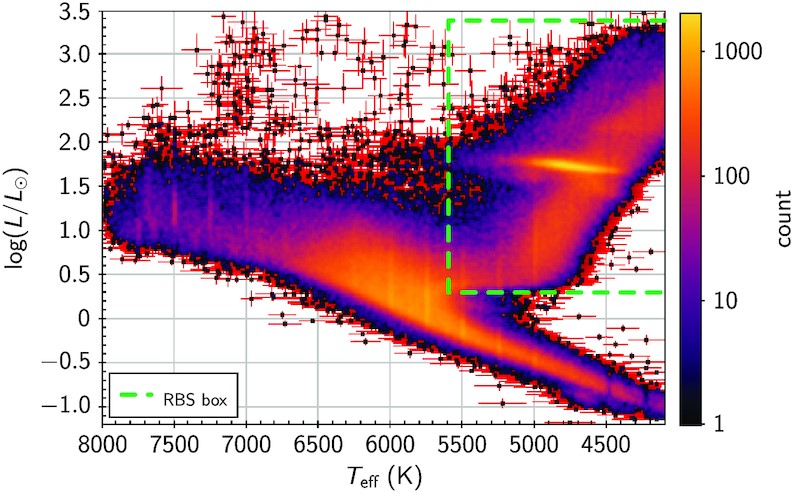