The European Space Agency (ESA) Gaia mission has enabled the remarkable discovery that a large fraction of the stars near the solar neighbourhood are debris from a single in-falling system, the so-called Gaia-Sausage-Enceladus (GSE). This discovery provides astronomers for the first time with a large cohort of easily observable, unevolved stars that formed in a single extragalactic environment. Here we use these stars to investigate the 'Spite plateau' - the near-constant lithium abundance observed in unevolved metal-poor stars across a wide range of metallicities (-3 < [Fe/H] < -1). Our aim is to test whether individual galaxies could have different Spite plateaus - e.g. the interstellar medium could be more depleted in lithium in a lower galactic mass system due to it having a smaller reservoir of gas. We identified 93 GSE dwarf stars observed and analysed by the GALactic Archaeology with HERMES (GALAH) survey as part of its Data Release 3 (DR3). Orbital actions were used to select samples of GSE stars, and comparison samples of halo and disc stars. We find that the GSE stars show the same lithium abundance as other likely accreted stars and in situ Milky Way stars. Formation environment leaves no imprint on lithium abundances. This result fits within the growing consensus that the Spite plateau, and more generally the 'cosmological lithium problem' - the observed discrepancy between the amount of lithium in warm, metal-poor dwarf stars in our Galaxy, and the amount of lithium predicted to have been produced by big bang nucleosynthesis - is the result of lithium depletion processes within stars. 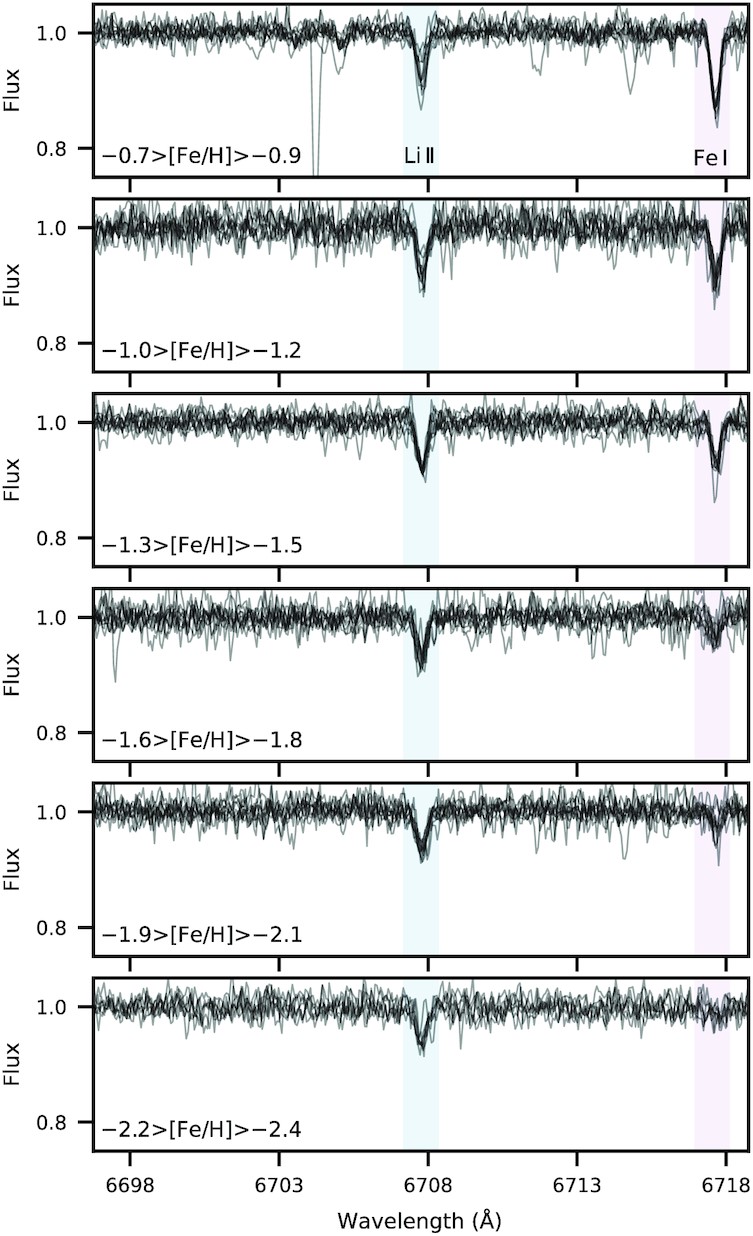