We explore the fundamental relations governing the radial and vertical velocity dispersions of stars in the Milky Way, from combined studies of complementary surveys including GALAH, LAMOST, APOGEE, the NASA Kepler and K2 missions, and Gaia DR2. We find that different stellar samples, even though they target different tracer populations and employ a variety of age estimation techniques, follow the same set of fundamental relations. We provide the clearest evidence to date that, in addition to the well-known dependence on stellar age, the velocity dispersions of stars depend on orbital angular momentum Lz, metallicity, and height above the plane |z|, and are well described by a multiplicatively separable functional form. The dispersions have a power-law dependence on age with exponents of 0.441 ± 0.007 and 0.251 ± 0.006 for σz and σR, respectively, and the power law is valid even for the oldest stars. For the solar neighbourhood stars, the apparent break in the power law for older stars, as seen in previous studies, is due to the anticorrelation of Lz with age. The dispersions decrease with increasing Lz until we reach the Sun's orbital angular momentum, after which σz increases (implying flaring in the outer disc) while σR flattens. For a given age, the dispersions increase with decreasing metallicity, suggesting that the dispersions increase with birth radius. The dispersions also increase linearly with |z|. The same set of relations that work in the solar neighbourhood also work for stars between 3 < R/kpc < 20. Finally, the high-[α/Fe] stars follow the same relations as the low-[α/Fe] stars. 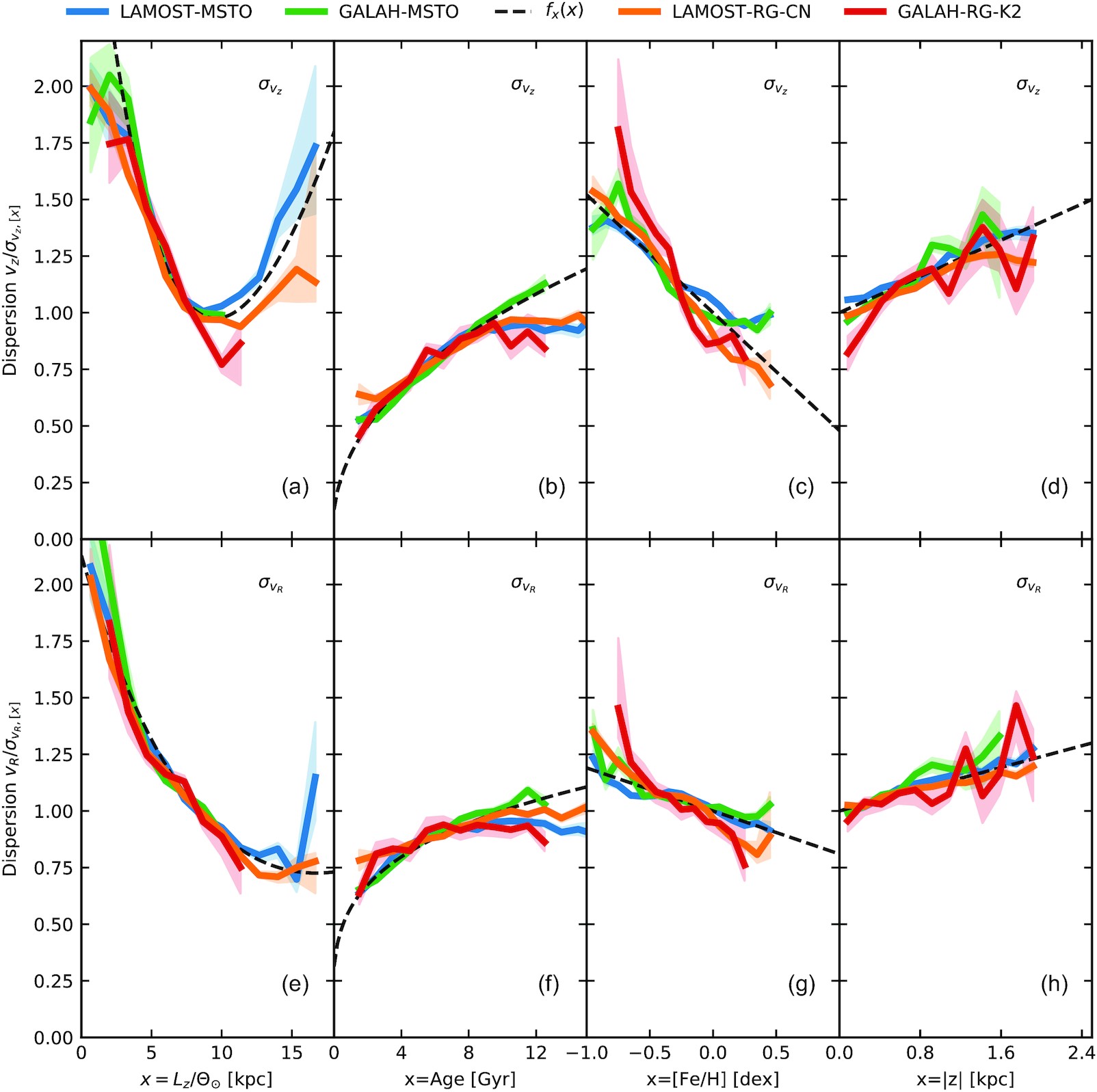