A self-similar spherical collapse model predicts a dark matter (DM) splashback and accretion shock in the outskirts of galaxy clusters while missing a key ingredient of structure formation - processes associated with mergers. To fill this gap, we perform simulations of merging self-similar clusters and investigate their DM and gas evolution in an idealized cosmological context. Our simulations show that the cluster rapidly contracts during the major merger and the splashback radius rsp decreases, approaching the virial radius rvir. While in the self-similar model rsp depends on a smooth mass accretion rate parameter Γs, our simulations show that in the presence of mergers, rsp responds to the changes in the total mass accretion rate Γvir, which accounts for both mergers and smooth accretion. The scatter of the Γvir - rsp/rvir relation indicates a generally low Γs ~ 1 in clusters in cosmological simulations. In contrast to the DM, the hot gaseous atmospheres significantly expand by the merger-accelerated (MA-) shocks formed when the runaway merger shocks overtake the outer accretion shock. After a major merger, the MA-shock radius is larger than rsp by a factor of up to ~1.7 for Γs ≲ 1 and is ~rsp for Γs ≳ 3. This implies that (1) mergers could easily generate the MA-shock-splashback offset measured in cosmological simulations, and (2) the smooth mass accretion rate is small in regions away from filaments where MA-shocks reside. We further discuss the shapes of the DM haloes, various shocks, and contact discontinuities formed at different epochs of the merger, and the ram-pressure stripping in cluster outskirts. 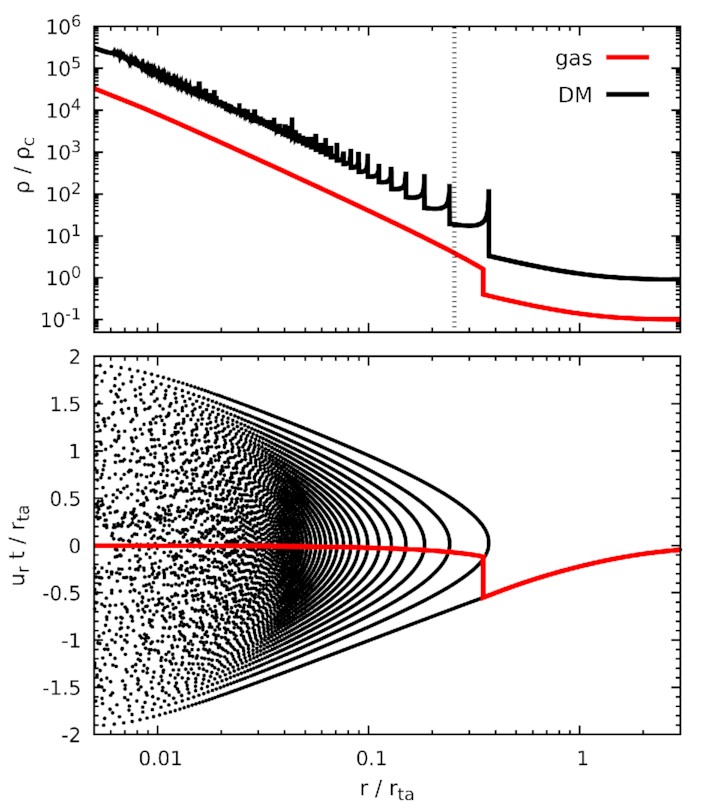