It is still an open question how the Solar system is structured beyond 100 au from the Sun. Our understanding of this vast region remains very limited and only recently we have become aware of the existence there of a group of enigmatic bodies known as the extreme trans-Neptunian objects (ETNOs) that have large orbits with perihelia beyond the orbit of Neptune. Four ETNOs - Sedna, Leleakuhonua, 2012 VP113, and 2013 SY99 - have perihelia beyond 50 au. The study of the ETNOs may provide much needed information on how this remote region is organized. Here, we apply machine-learning techniques to the sample of 40 known ETNOs to identify statistically significant clusters that may signal the presence of true dynamical groupings and study the distribution of the mutual nodal distances of the known ETNOs that measure how close two orbits can get to each other. Machine-learning techniques show that the known ETNOs may belong to four different populations. Results from the analysis of the distribution of nodal distances show that 41 per cent of the known ETNOs have at least one mutual nodal distance smaller than 1.45 au (first percentile of the distribution), perhaps hinting at past interactions. In this context, the peculiar pair of ETNOs made of 505478 (2013 UT15) and 2016 SG58 has a mutual ascending nodal distance of 1.35 at 339 au from the Sun. In addition, the known ETNOs exhibit a highly statistically significant asymmetry between the distributions of object pairs with small ascending and descending nodal distances that might be indicative of a response to external perturbations. 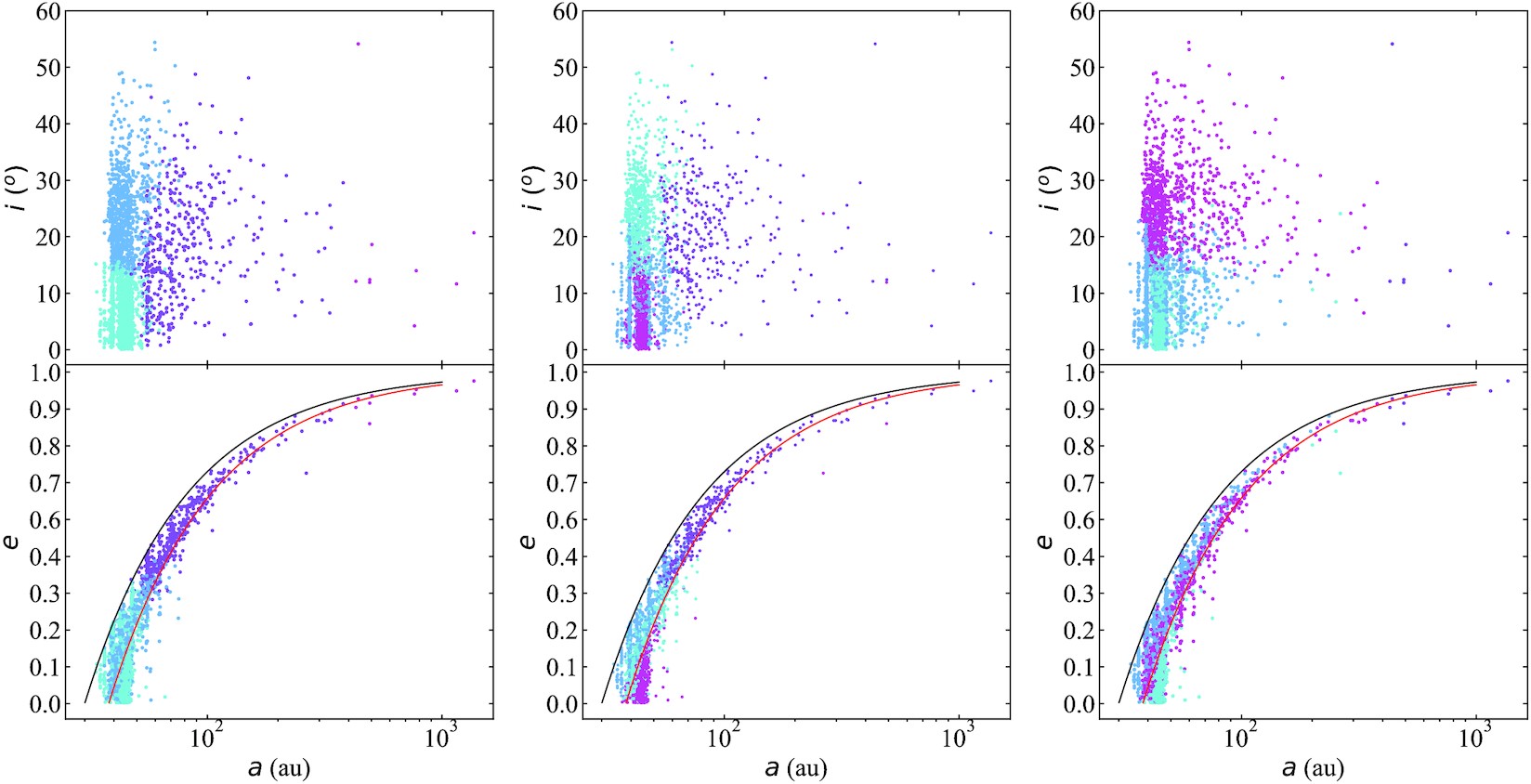