The ensemble of chemical element abundance measurements for stars, along with precision distances and orbit properties, provides high-dimensional data to study the evolution of the Milky Way. With this third data release of the Galactic Archaeology with HERMES (GALAH) survey, we publish 678 423 spectra for 588 571 mostly nearby stars (81.2 per cent of stars are within <2 kpc), observed with the HERMES spectrograph at the Anglo-Australian Telescope. This release (hereafter GALAH+ DR3) includes all observations from GALAH Phase 1 (bright, main, and faint survey, 70 per cent), K2-HERMES (17 per cent), TESS-HERMES (5 per cent), and a subset of ancillary observations (8 per cent) including the bulge and >75 stellar clusters. We derive stellar parameters Teff, log g, [Fe/H], vmic, vbroad, and vrad using our modified version of the spectrum synthesis code Spectroscopy Made Easy (SME) and 1D MARCS model atmospheres. We break spectroscopic degeneracies in our spectrum analysis with astrometry from Gaia DR2 and photometry from 2MASS. We report abundance ratios [X/Fe] for 30 different elements (11 of which are based on non-LTE computations) covering five nucleosynthetic pathways. We describe validations for accuracy and precision, flagging of peculiar stars/measurements and recommendations for using our results. Our catalogue comprises 65 per cent dwarfs, 34 per cent giants, and 1 per cent other/unclassified stars. Based on unflagged chemical composition and age, we find 62 per cent young low-$\alpha$, 9 per cent young high-$\alpha$, 27 per cent old high-$\alpha$, and 2 per cent stars with [Fe/H] ≤ -1. Based on kinematics, 4 per cent are halo stars. Several Value-Added-Catalogues, including stellar ages and dynamics, updated after Gaia eDR3, accompany this release and allow chrono-chemodynamic analyses, as we showcase. 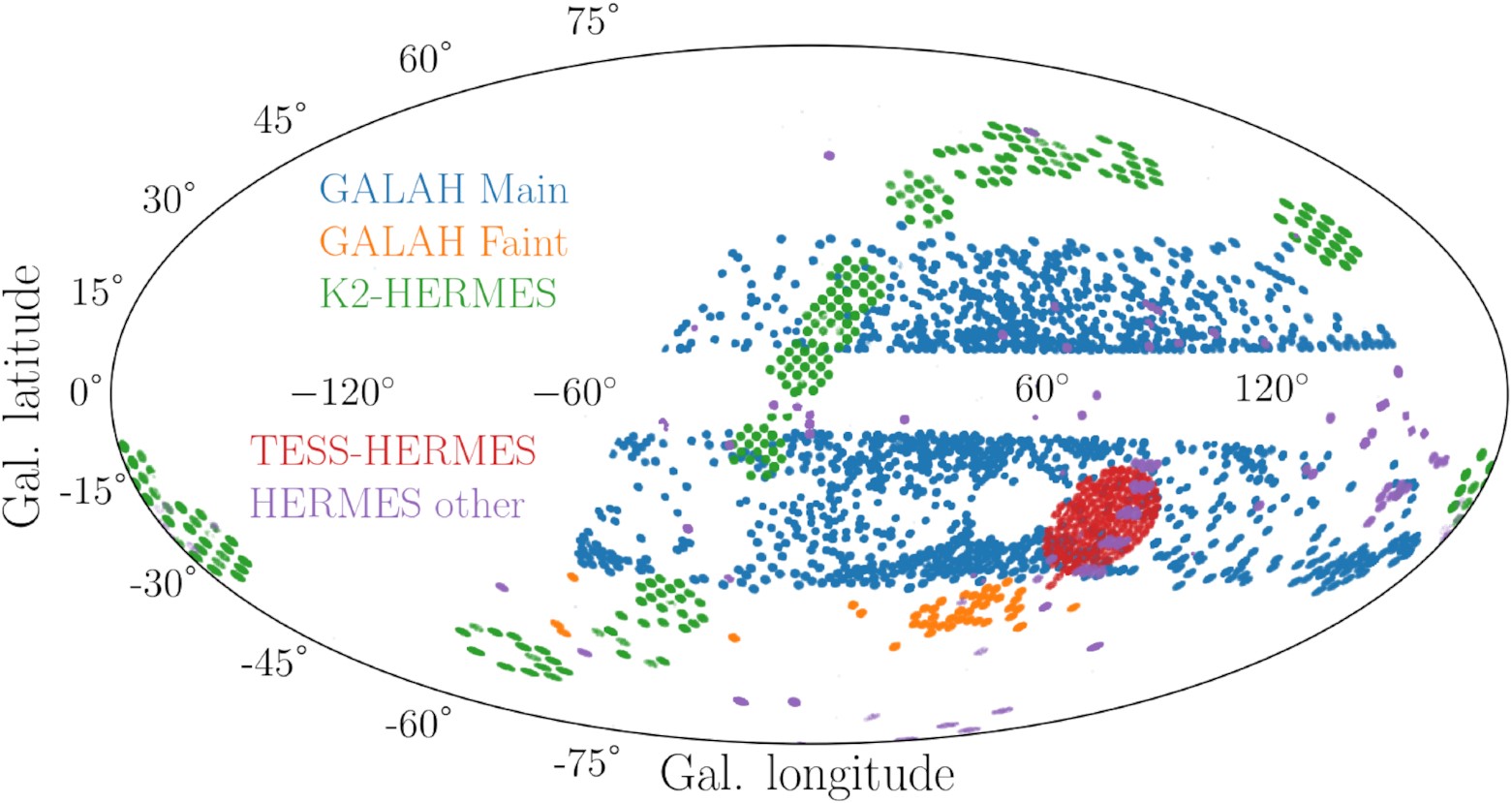