Feedback from an active galactic nucleus (AGN) is often implicated as a mechanism that leads to the quenching of galactic star formation. However, AGN-driven quenching is challenging to reconcile with observations that AGN hosts tend to harbour equal (or even excess) amounts of gas compared with inactive galaxies of similar stellar mass. In this paper, we investigate whether AGN feedback happens on sub-galactic (kpc) scales, an effect that might be difficult to detect with global gas measurements. Using kpc-scale measurements of molecular gas ($\Sigma _{\rm H_2}$) and stellar mass (Σ⋆) surface densities, taken from the Extragalactic Data base for Galaxy Evolution-Calar Alto Legacy Integral Field Area survey, we show that the gas fractions of central AGN regions are typically a factor of ~ 2 lower than those in star-forming regions. Based on four galaxies with the best spaxel statistics, the difference between AGN and star-forming gas fractions is seen even within a given galaxy, indicating that AGN feedback is able to deplete the molecular gas reservoir in the central few kpc. 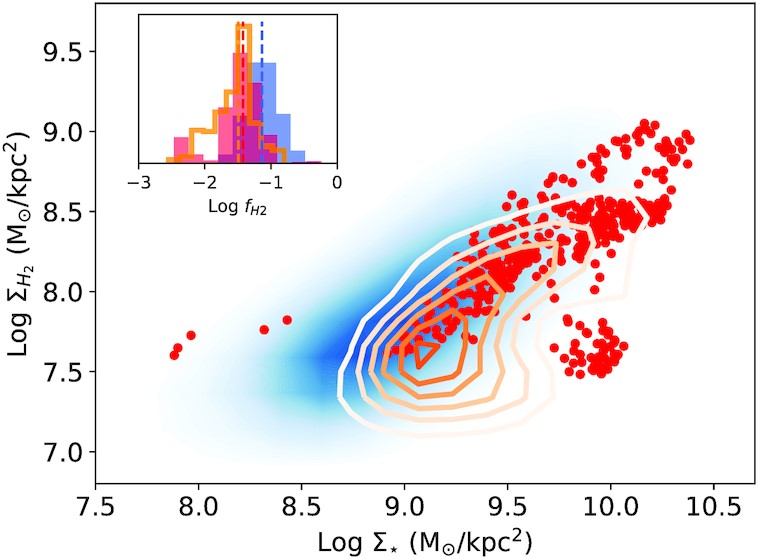