We present radio and optical afterglow observations of the TeV-bright long gamma-ray burst 190114C at a redshift of z = 0.425, which was detected by the Major Atmospheric Gamma Imaging Cherenkov telescope. Our observations with Atacama Large Millimeter/submillitmeter Array, Australia Telescope Compact Array, and upgraded Giant Metre-wave Radio Telescope were obtained by our low frequency observing campaign and range from ~1 to ~140 d after the burst and the optical observations were done with three optical telescopes spanning up to ~25 d after the burst. Long-term radio/mm observations reveal the complex nature of the afterglow, which does not follow the spectral and temporal closure relations expected from the standard afterglow model. We find that the microphysical parameters of the external forward shock, representing the share of shock-created energy in the non-thermal electron population and magnetic field, are evolving with time. The inferred kinetic energy in the blast-wave depends strongly on the assumed ambient medium density profile, with a constant density medium demanding almost an order of magnitude higher energy than in the prompt emission, while a stellar wind-driven medium requires approximately the same amount energy as in prompt emission. 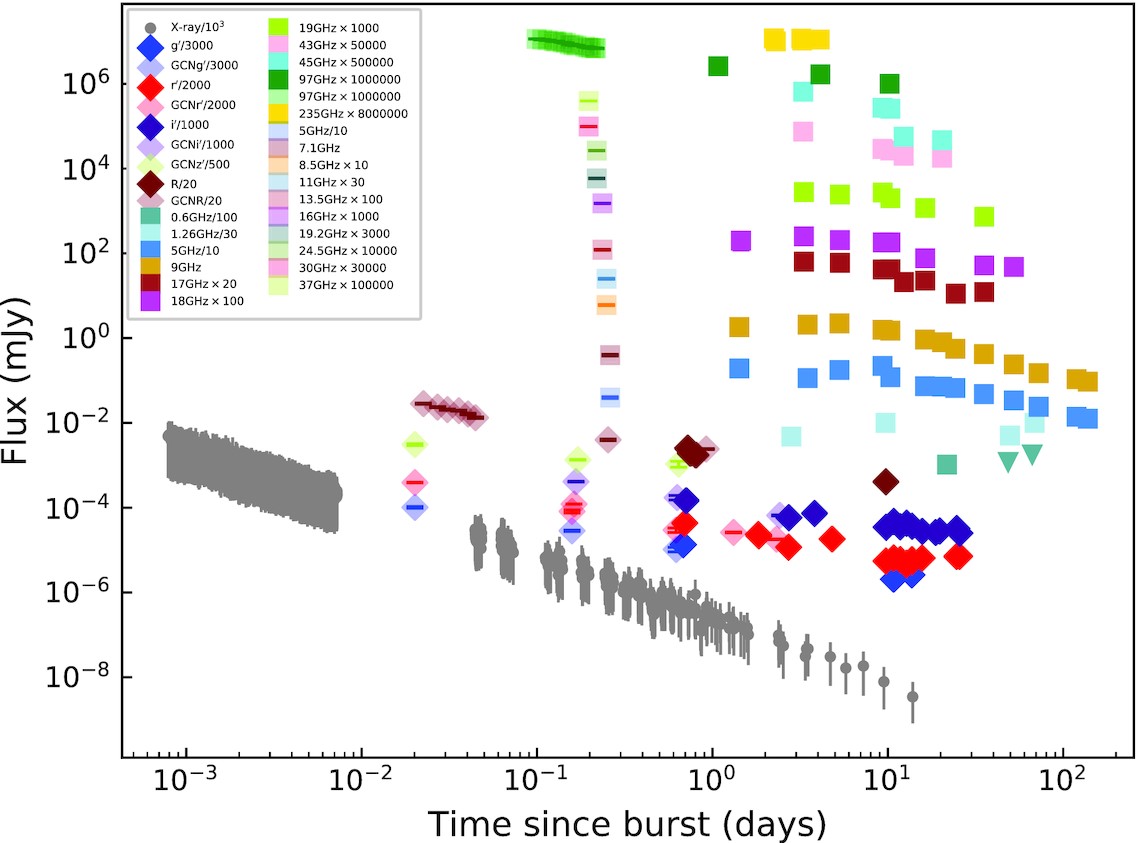