Observations of the γ-ray-emitting narrow-line Seyfert 1, SBS 0846+513, and its host galaxy

The γ-ray-emitting galaxy SBS 0846+513 has been classified as a narrow-line Seyfert 1 (NLS1) from its spectroscopy, and on that basis would be thought likely to have a small central black hole hosted in a spiral galaxy. However, very few of the γ-ray NLS1s have high-resolution imaging of their hosts, so it is unknown how the morphology expectation holds up for the γ-emitting class. We have observed this galaxy in the J band with the Large Binocular Telescope's LUCI1 camera and the ARGOS adaptive optics system. We estimate its black hole mass to lie between $4.2\times 10^7 \le \frac{\rm{\it{ M}}}{\text{M}_\odot } \le 9.7\times 10^7$, using the correlation with bulge luminosity, or $1.9\times 10^7 \le \frac{\rm{\it{ M}}}{\text{M}_\odot } \le 2.4\times 10^7$ using the correlation with Sérsic index. Our favoured estimate is 4.2 × 107 M⊙, putting its mass at the high end of the NLS1 range in general but consistent with others that are γ-ray emitters. These estimates are independent of the broad-line region viewing geometry and avoid any underestimates due to looking down the jet axis. Its host shows evidence of a bulge + disc structure, from the isophote shape and residual structure in the nuclear-subtracted image. This supports the idea that γ-ray NLS1 may be spiral galaxies, like their non-jetted counterparts. 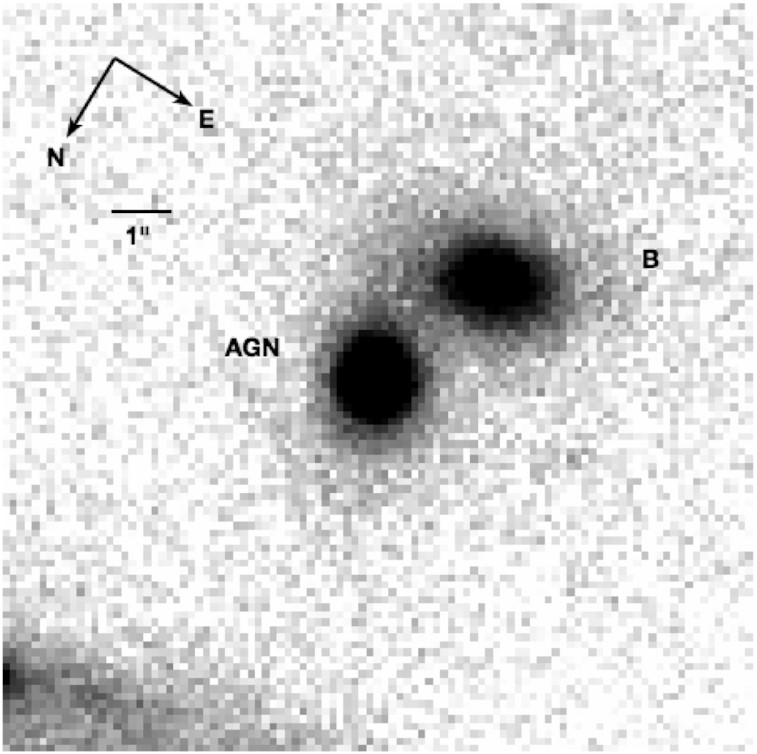