Properties of the ionized CGM and IGM: tests for galaxy formation models from the Sunyaev-Zel'dovich effect

We present a comparison of the physical properties of the ionized gas in the circumgalactic medium and intergalactic medium (IGM) at z ~ 0 between observations and four cosmological hydrodynamical simulations: Illustris, TNG300 of the IllustrisTNG project, EAGLE, and one of the Magneticum simulations. For the observational data, we use the gas properties that are inferred from cross-correlating the Sunyaev-Zel'dovich effect (SZE) from the Planck CMB maps with haloes and large-scale structure. Both the observational and simulation results indicate that the integrated gas pressure in haloes deviates from the self-similar case, showing that feedback impacts haloes with $M_{500}\sim 10^{12\!-\!13}\, {\rm M_\odot }$. The simulations predict that more than half the baryons are displaced from haloes, while the gas fraction inferred from our observational data roughly equals the cosmic baryon fraction throughout the $M_{500}\sim 10^{12\!-\!14.5}\, {\rm M_\odot }$ halo mass range. All simulations tested here predict that the mean gas temperature in haloes is about the virial temperature, while that inferred from the SZE is up to one order of magnitude lower than that from the simulations (and also from X-ray observations). While a remarkable agreement is found for the average properties of the IGM between the observation and some simulations, we show that their dependence on the large-scale tidal field can break the degeneracy between models that show similar predictions otherwise. Finally, we show that the gas pressure and the electron density profiles from simulations are not well described by a generalized NFW profile. Instead, we present a new model with a mass-dependent shape that fits the profiles accurately. 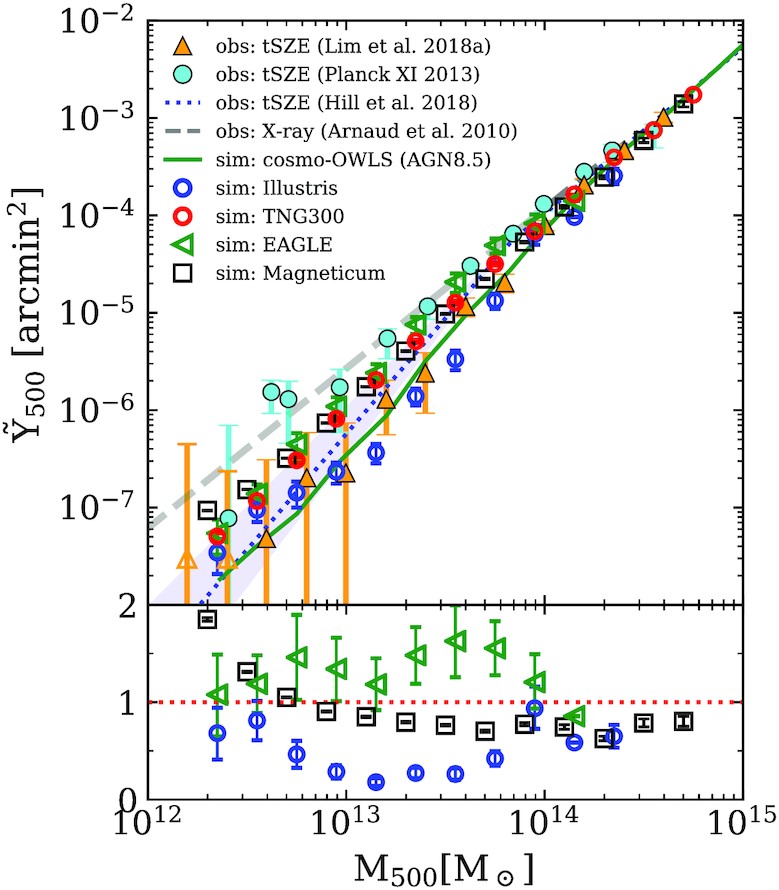