The SLUGGS survey: combining stars, globular clusters, and planetary nebulae to understand the assembly history of early-type galaxies from their large radii kinematics

We investigate the kinematic properties of nine nearby early-type galaxies with evidence of a disc-like component. Three of these galaxies are located in the field, five in the group, and only one in the cluster environment. By combining the kinematics of the stars with those of the globular clusters (GCs) and planetary nebulae (PNe), we probe the outer regions of our galaxies out to $\sim 4\!-\!6\, R_{\mathrm{e}}$. Six galaxies have PNe and red GCs that show good kinematic alignment with the stars, whose rotation occurs along the photometric major-axis of the galaxies, suggesting that both the PNe and red GCs are good tracers of the underlying stellar population beyond that traced by the stars. Additionally, the blue GCs also show rotation that is overall consistent with that of the red GCs in these six galaxies. The remaining three galaxies show kinematic twists and misalignment of the PNe and GCs with respect to the underlying stars, suggesting recent galaxy interactions. From the comparison with simulations, we propose that all six aligned galaxies that show similar dispersion-dominated kinematics at large radii ($\gt 2\!-\!3\, R_{\mathrm{e}}$) had similar late (z ≲ 1) assembly histories characterized by mini mergers (mass-ratio < 1:10). The different Vrot/σ profiles are then the result of an early (z > 1) minor merger (1:10 < mass-ratio < 1:4) for the four galaxies with peaked and decreasing Vrot/σ profiles and of a late minor merger for the two galaxies with flat Vrot/σ profiles. The three misaligned galaxies likely formed through multiple late minor mergers that enhanced their velocity dispersion at all radii, or a late major merger that spun-up both the GC subpopulations at large radii. Therefore, lenticular galaxies can have complex merger histories that shape their characteristic kinematic profile shapes. 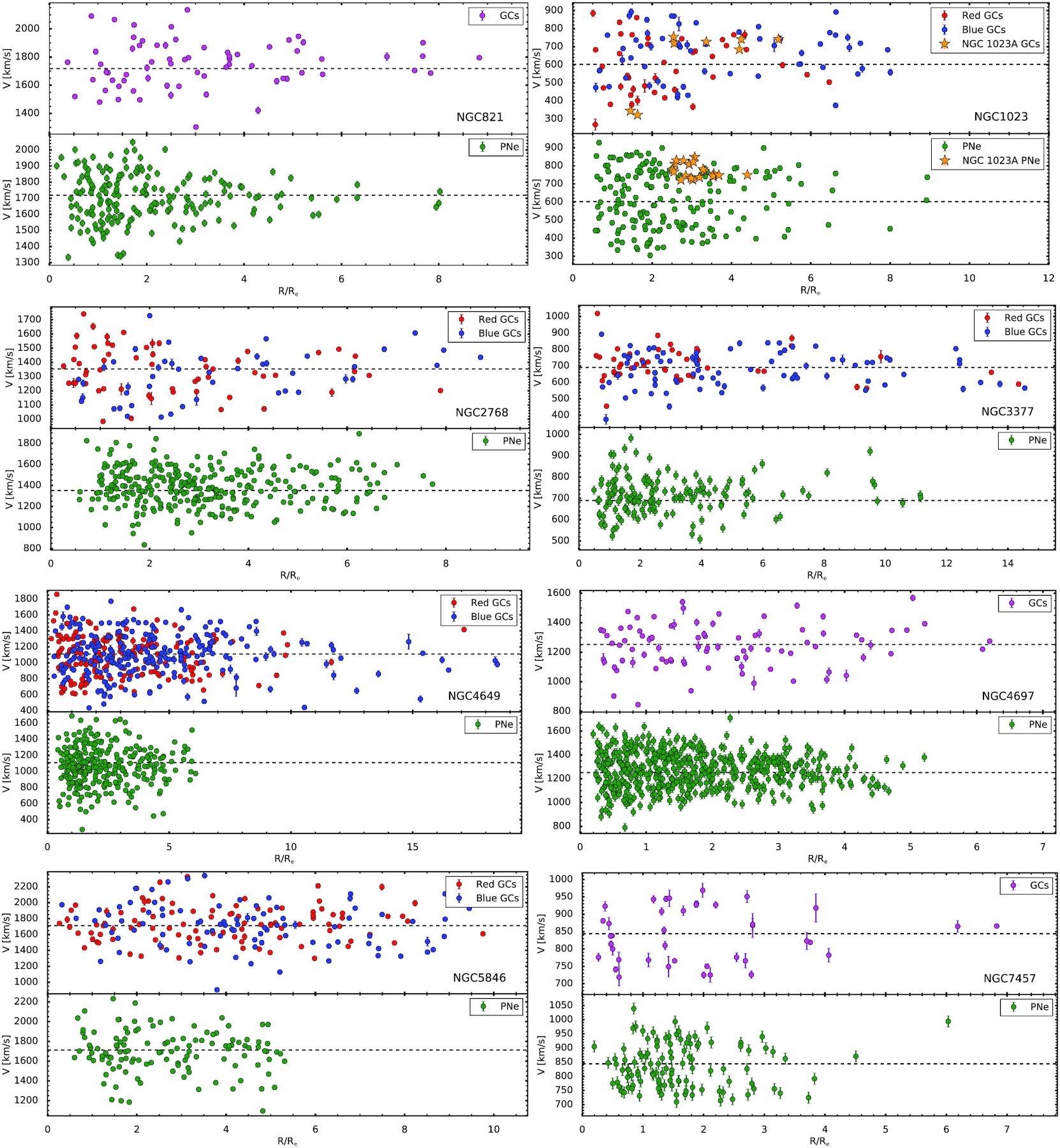