We investigate the 3D spin alignment of galaxies with respect to the large-scale filaments using the MaNGA survey. The cosmic web is reconstructed from the Sloan Digital Sky Survey using DISPERSE and the 3D spins of MaNGA galaxies are estimated using the thin disc approximation with integral field spectroscopy kinematics. Late-type spiral galaxies are found to have their spins parallel to the closest filament's axis. The alignment signal is found to be dominated by low-mass spirals. Spins of S0-type galaxies tend to be oriented preferentially in perpendicular direction with respect to the filament's axis. This orthogonal orientation is found to be dominated by S0s that show a notable misalignment between their kinematic components of stellar and ionized gas velocity fields and/or by low-mass S0s with lower rotation support compared to their high-mass counterparts. Qualitatively similar results are obtained when splitting galaxies based on the degree of ordered stellar rotation, such that galaxies with high spin magnitude have their spin aligned, and those with low spin magnitude in perpendicular direction to the filaments. In the context of conditional tidal torque theory, these findings suggest that galaxies' spins retain memory of their larger scale environment. In agreement with measurements from hydrodynamical cosmological simulations, the measured signal at low redshift is weak, yet statistically significant. The dependence of the spin-filament orientation of galaxies on their stellar mass, morphology, and kinematics highlights the importance of sample selection to detect the signal. 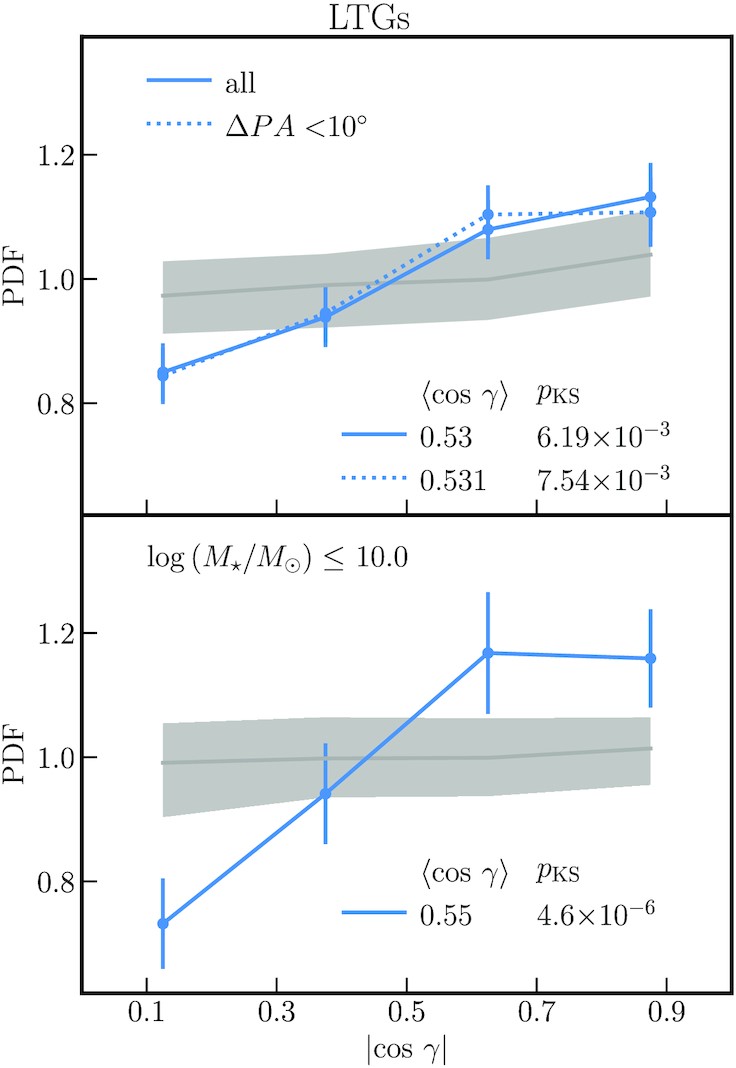