We present the results of a large multiwavelength follow-up campaign of the tidal disruption event (TDE) AT 2019dsg, focusing on low to high resolution optical spectroscopy, X-ray, and radio observations. The galaxy hosts a super massive black hole of mass $\rm (5.4\pm 3.2)\times 10^6\, M_\odot$ and careful analysis finds no evidence for the presence of an active galactic nucleus, instead the TDE host galaxy shows narrow optical emission lines that likely arise from star formation activity. The transient is luminous in the X-rays, radio, UV, and optical. The X-ray emission becomes undetected after ~100 d, and the radio luminosity density starts to decay at frequencies above 5.4 GHz by ~160 d. Optical emission line signatures of the TDE are present up to ~200 d after the light-curve peak. The medium to high resolution spectra show traces of absorption lines that we propose originate in the self-gravitating debris streams. At late times, after ~200 d, narrow Fe lines appear in the spectra. The TDE was previously classified as N-strong, but after careful subtraction of the host galaxy's stellar contribution, we find no evidence for these N lines in the TDE spectrum, even though O Bowen lines are detected. The observed properties of the X-ray emission are fully consistent with the detection of the inner regions of a cooling accretion disc. The optical and radio properties are consistent with this central engine seen at a low inclination (i.e. seen from the poles). 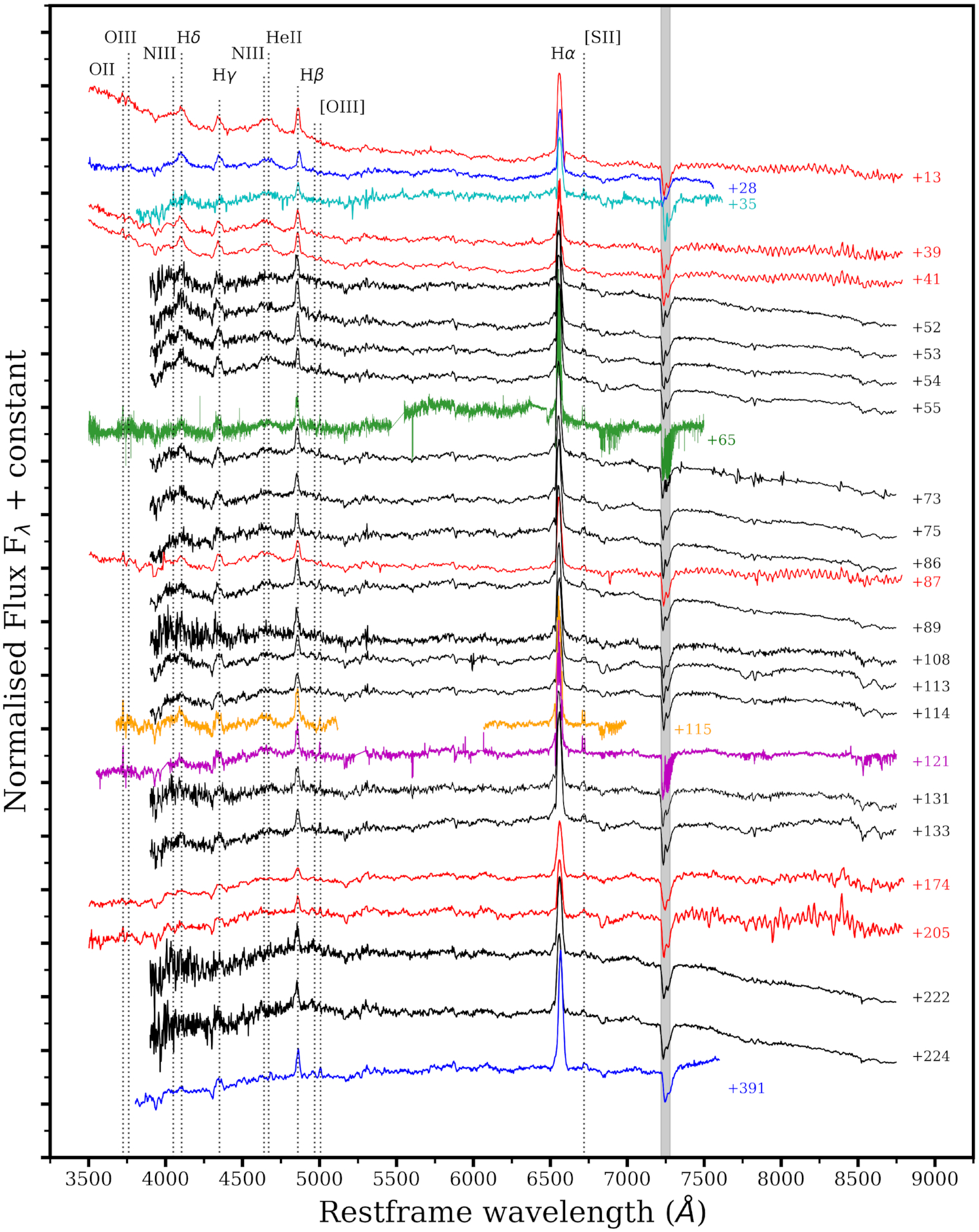