On the duration of the embedded phase of star formation

Feedback from massive stars plays a key role in molecular cloud evolution. After the onset of star formation, the young stellar population is exposed by photoionization, winds, supernovae, and radiation pressure from massive stars. Recent observations of nearby galaxies have provided the evolutionary timeline between molecular clouds and exposed young stars, but the duration of the embedded phase of massive star formation is still ill-constrained. We measure how long massive stellar populations remain embedded within their natal cloud, by applying a statistical method to six nearby galaxies at $20{-}100~\mbox{${\rm ~pc}$}$ resolution, using CO, Spitzer 24$\rm \, \mu m$, and H α emission as tracers of molecular clouds, embedded star formation, and exposed star formation, respectively. We find that the embedded phase (with CO and 24$\rm \, \mu m$ emission) lasts for 2-7 Myr and constitutes $17{-}47{{\ \rm per\ cent}}$ of the cloud lifetime. During approximately the first half of this phase, the region is invisible in H α, making it heavily obscured. For the second half of this phase, the region also emits in H α and is partially exposed. Once the cloud has been dispersed by feedback, 24$\rm \, \mu m$ emission no longer traces ongoing star formation, but remains detectable for another 2-9 Myr through the emission from ambient CO-dark gas, tracing star formation that recently ended. The short duration of massive star formation suggests that pre-supernova feedback (photoionization and winds) is important in disrupting molecular clouds. The measured time-scales do not show significant correlations with environmental properties (e.g. metallicity). Future JWST observations will enable these measurements routinely across the nearby galaxy population. 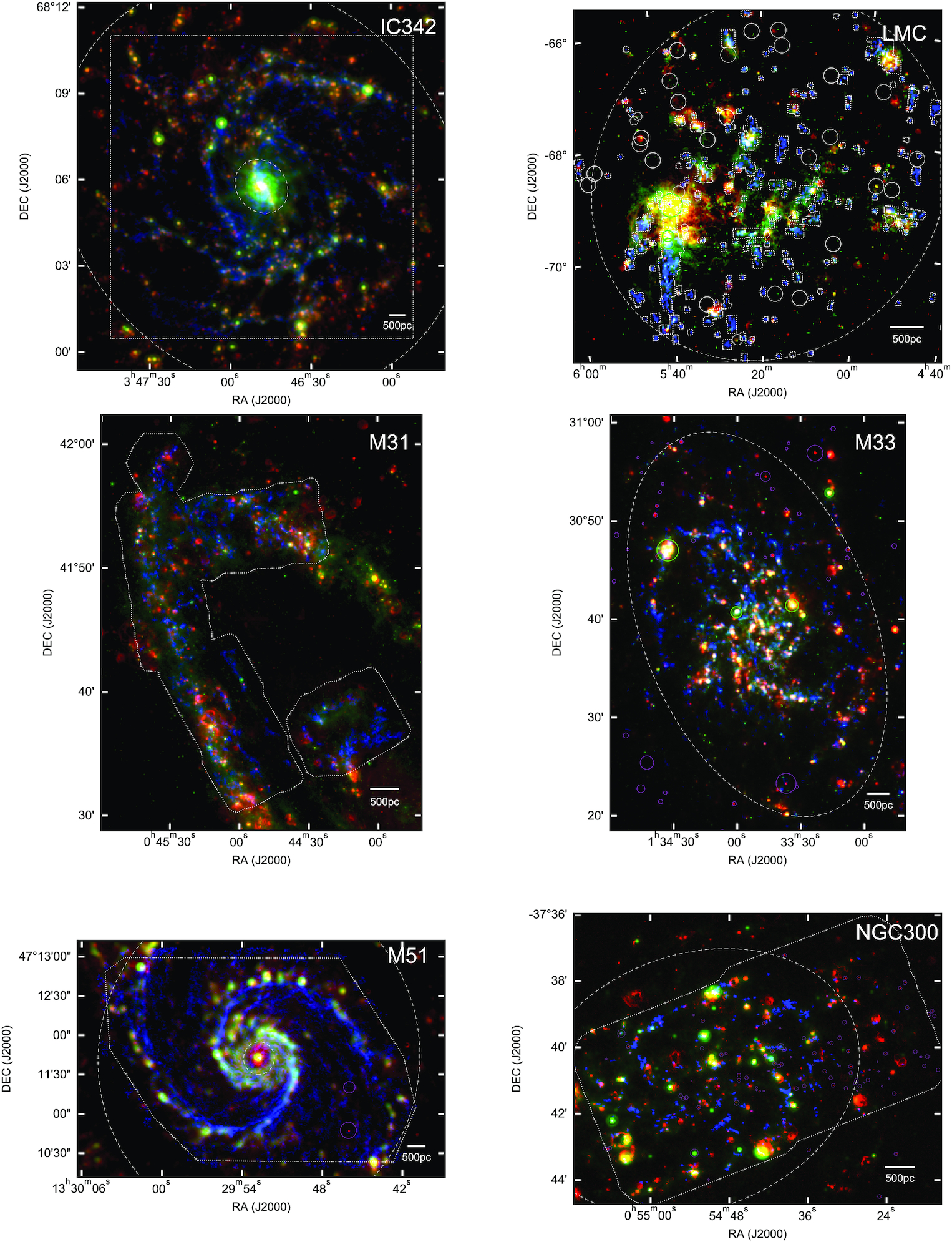