RX J0529.8-6556: a BeXRB pulsar with an evolving optical period and out of phase X-ray outbursts

We report the results of eROSITA and NICER observations of the 2020 June outburst of the Be/X-ray binary pulsar RX J0529.8-6556 in the Large Magellanic Cloud, along with the analysis of archival X-ray and optical data from this source. We find two anomalous features in the system's behaviour. First, the pulse profile observed by NICER during maximum luminosity is similar to that observed by XMM-Newton in 2000, despite the fact that the X-ray luminosity was different by two orders of magnitude. In contrast, a modest decrease in luminosity in the 2020 observations generated a significant change in pulse profile. Secondly, we find that the historical optical outbursts are not strictly periodic, as would be expected if the outbursts were triggered by periastron passage, as is generally assumed. The optical peaks are also not coincident with the X-ray outbursts. We suggest that this behaviour may result from a misalignment of the Be star disc and the orbital plane, which might cause changes in the timing of the passage of the neutron star through the disc as it precesses. We conclude that the orbital period of the source remains unclear. 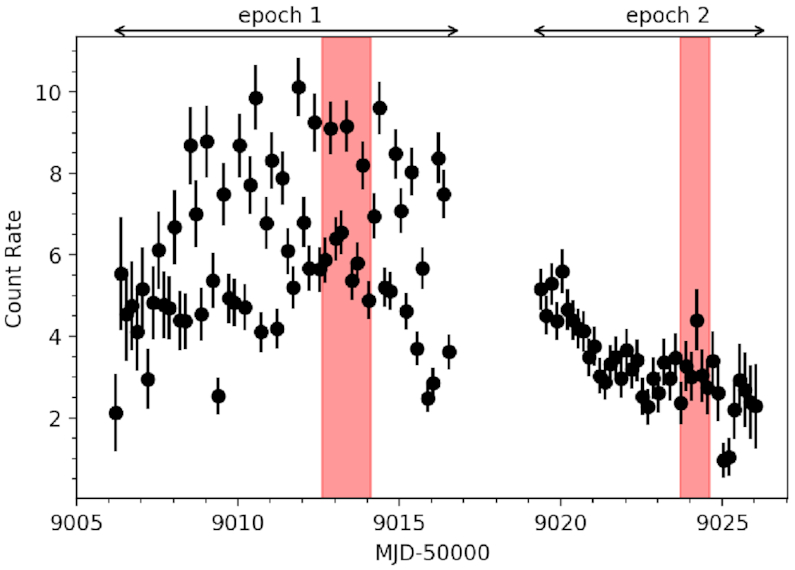