We present spatially resolved two-dimensional maps and radial trends of the stellar populations and kinematics for a sample of six compact elliptical galaxies (cE) using spectroscopy from the Keck Cosmic Web Imager (KCWI). We recover their star formation histories, finding that all except one of our cEs are old and metal rich, with both age and metallicity decreasing toward their outer radii. We also use the integrated values within one effective radius to study different scaling relations. Comparing our cEs with others from the literature and from simulations we reveal the formation channel that these galaxies might have followed. All our cEs are fast rotators, with relatively high rotation values given their low ellipticites. In general, the properties of our cEs are very similar to those seen in the cores of more massive galaxies, and in particular, to massive compact galaxies. Five out of our six cEs are the result of stripping a more massive (compact or extended) galaxy, and only one cE is compatible with having been formed intrinsically as the low-mass compact object that we see today. These results further confirm that cEs are a mixed-bag of galaxies that can be formed following different formation channels, reporting for the first time an evolutionary link within the realm of compact galaxies (at all stellar masses). 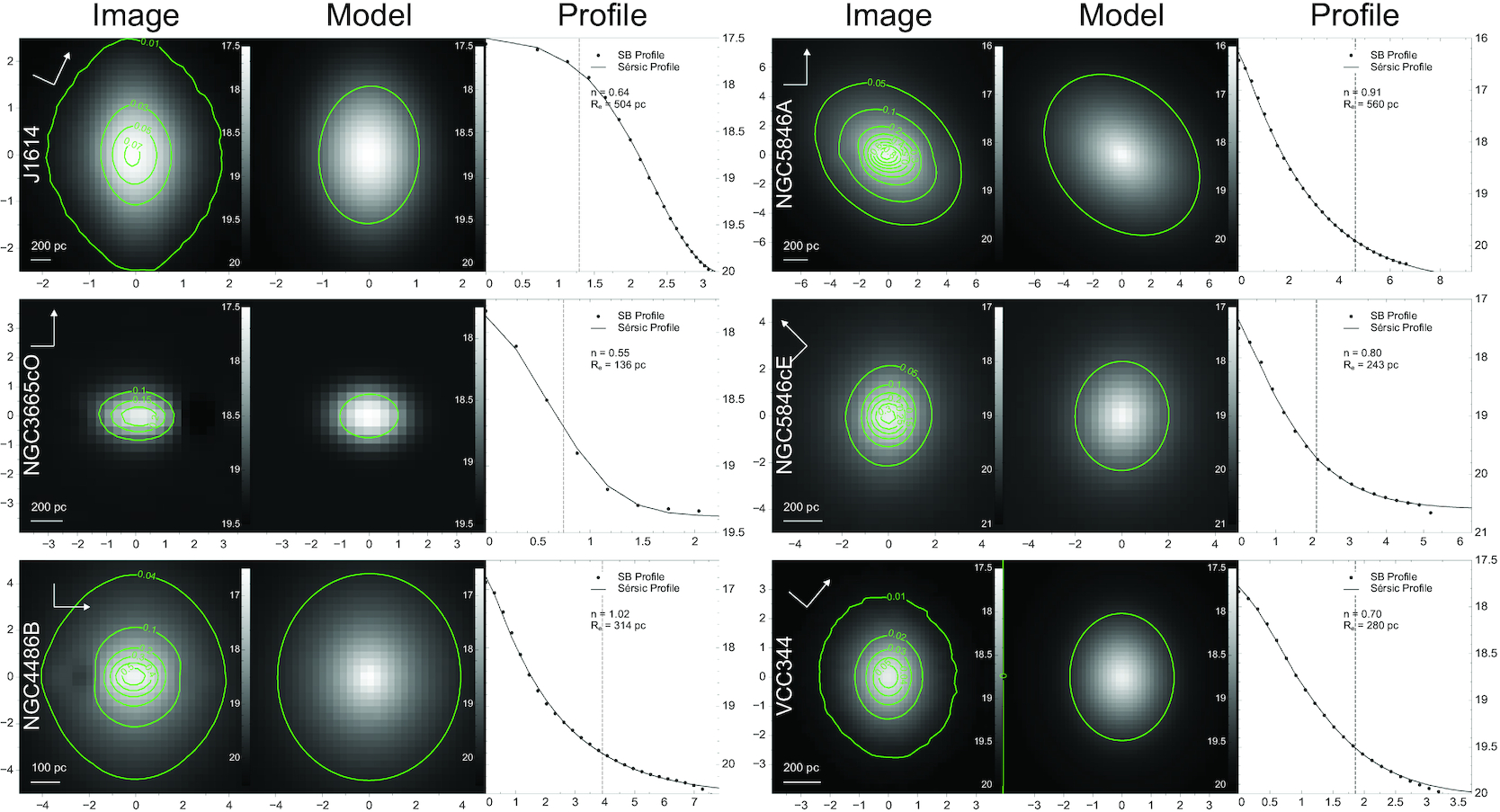