In this work, we investigate the strength and impact of ionized gas outflows within z ~ 0.04 MaNGA galaxies. We find evidence for outflows in 322 galaxies ($12{{\ \rm per\ cent}}$ of the analysed line-emitting sample), 185 of which show evidence for hosting an active galactic nucleus (AGN). Most outflows are centrally concentrated with a spatial extent that scales sublinearly with Re. The incidence of outflows is enhanced at higher masses, central surface densities, and deeper gravitational potentials, as well as at higher star formation rate (SFR) and AGN luminosity. We quantify strong correlations between mass outflow rates and the mechanical drivers of the outflow of the form $\dot{M}_{\rm out} \propto \rm SFR^{0.97}$ and $\dot{M}_{\rm out} \propto L_{\rm AGN}^{0.55}$. We derive a master scaling relation describing the mass outflow rate of ionized gas as a function of M⋆, SFR, Re, and LAGN. Most of the observed winds are anticipated to act as galactic fountains, with the fraction of galaxies with escaping winds increasing with decreasing potential well depth. We further investigate the physical properties of the outflowing gas finding evidence for enhanced attenuation in the outflow, possibly due to metal-enriched winds, and higher excitation compared to the gas in the galactic disc. Given that the majority of previous studies have focused on more extreme systems with higher SFRs and/or more luminous AGN, our study provides a unique view of the non-gravitational gaseous motions within 'typical' galaxies in the low-redshift Universe, where low-luminosity AGN and star formation contribute jointly to the observed outflow phenomenology. 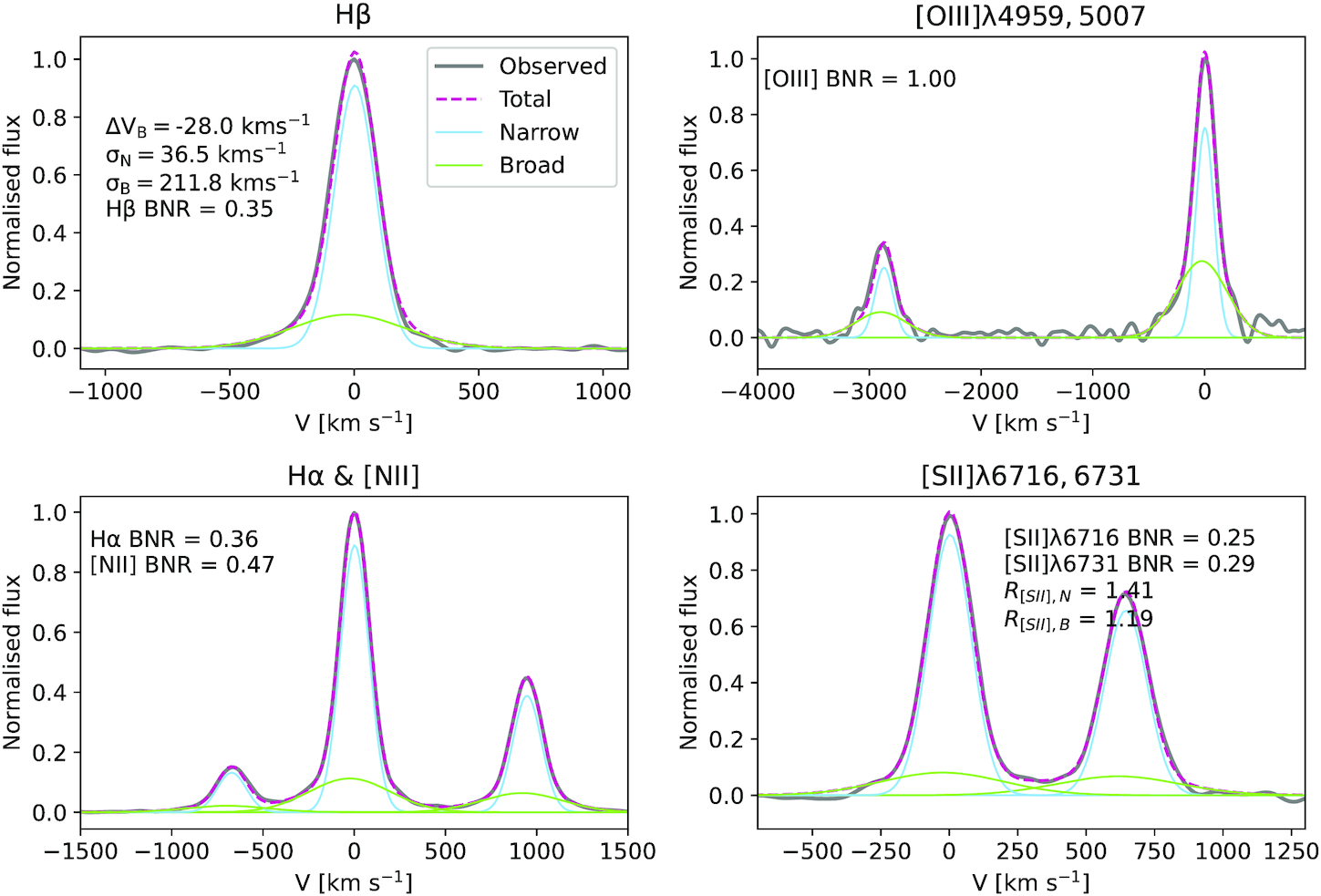