Giant radio galaxies (GRGs), with extended structures reaching hundreds of kpc, are among the most spectacular examples of ejection of relativistic plasma from supermassive black holes. In this work, third of a series, we present Low-Frequency Array (LOFAR) images at 144 MHz, collected in the framework of the LOFAR Two-metre Sky Survey Data Release 2 (LoTSS DR2), for nine sources extracted from our sample of hard X-ray-selected GRGs (HXGRGs, i.e. from INTEGRAL/Imager on-Board the INTEGRAL Satellite and Swift/Burst Alert Telescope catalogues at >20 keV). Thanks to the resolution and sensitivity of LoTSS, we could probe the complex morphology of these GRGs, unveiling cases with diffuse (Mpc-scale) remnant emission, presence of faint off-axis wings, or a misaligned inner jet. In particular, for one source (B2 1144+35B), we could clearly detect a ~300 kpc wide off-axis emission, in addition to an inner jet whose orientation is not aligned with the lobes axis. For another source (J1153.9+5848), a structure consistent with jet precession was revealed, appearing as an X-shaped morphology with relic lobes having an extension larger than the present ones, and with a different axis orientation. From an environment analysis, we found two sources showing an overdensity of cosmological neighbours, and a correspondent association with a galaxy cluster from catalogues. Finally, a comparison with radio-selected GRGs from LoTSS DR1 suggested that, on average, HXGRGs can grow to larger extents. These results highlight the importance of deep low-frequency observations to probe the evolution of radio galaxies, and ultimately estimate the duty cycle of their jets. 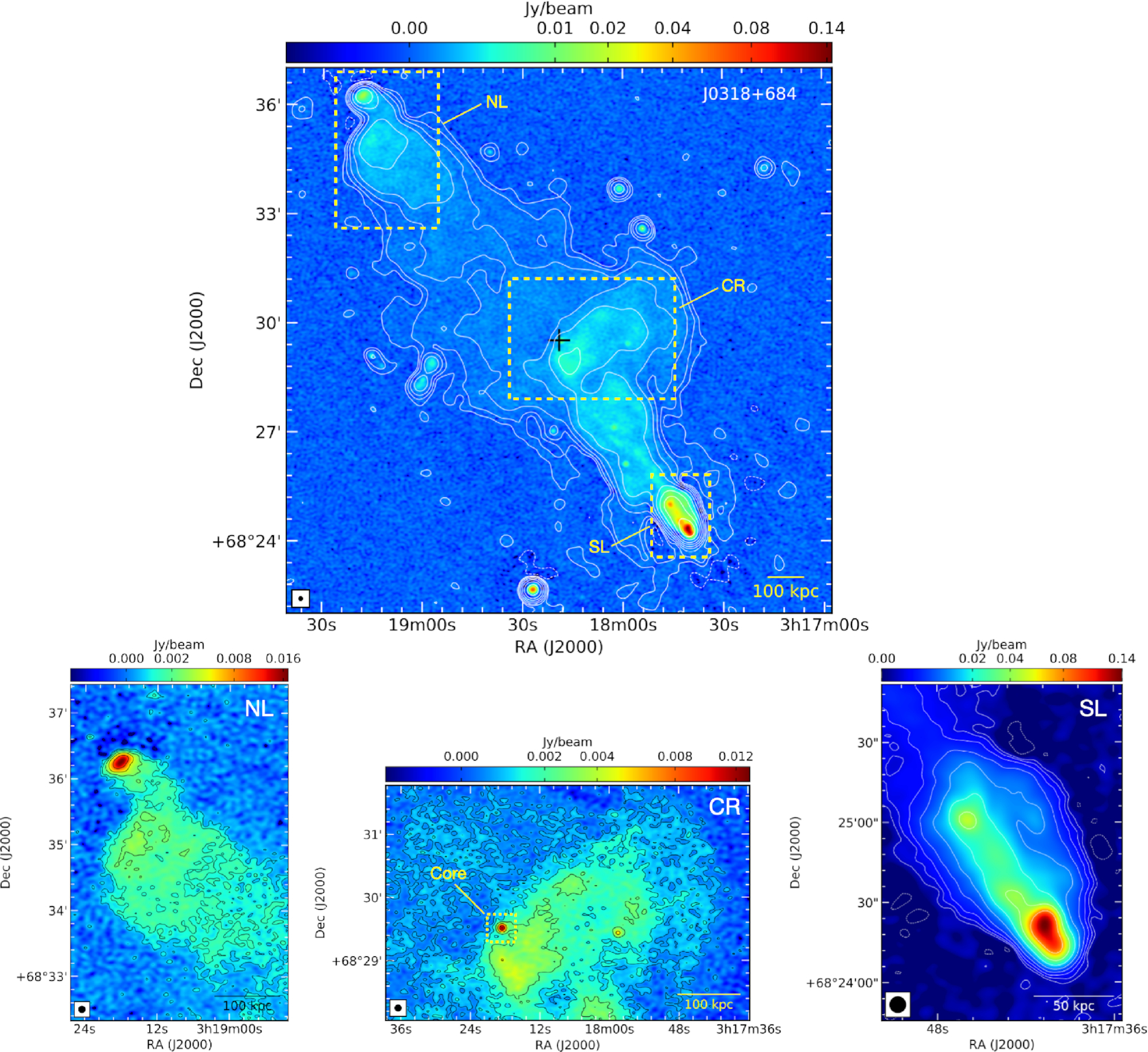