We report on the first resolved H I observations of two blue ultra-diffuse galaxies (UDGs), using the Giant Metrewave Radio Telescope (GMRT). These observations add to the so-far limited number of UDGs with resolved H I data. The targets are from contrasting non-cluster environments: UDG-B1 is projected in the outskirts of Hickson Compact Group 25 and Secco-dI-2 (SdI-2) is an isolated UDG. These UDGs also have contrasting effective radii with Re of 3.7 kpc (similar to the Milky Way) and 1.3 kpc, respectively. SdI-2 has an unusually large $\frac{M_{\rm H\,{\small I}}}{M_*}$ ratio = 28.9, confirming a previous single dish H I observation. Both galaxies display H I morphological and kinematic signatures consistent with a recent tidal interaction, which is also supported by observations from other wavelengths, including optical spectroscopy. Within the limits of the observations' resolution our analysis indicates that SdI-2 is dark matter dominated within its H I radius and this is also likely to be the case for UDG-B1. Our study highlights the importance of high spatial and spectral resolution H I observations for the study of the dark matter properties of UDGs. 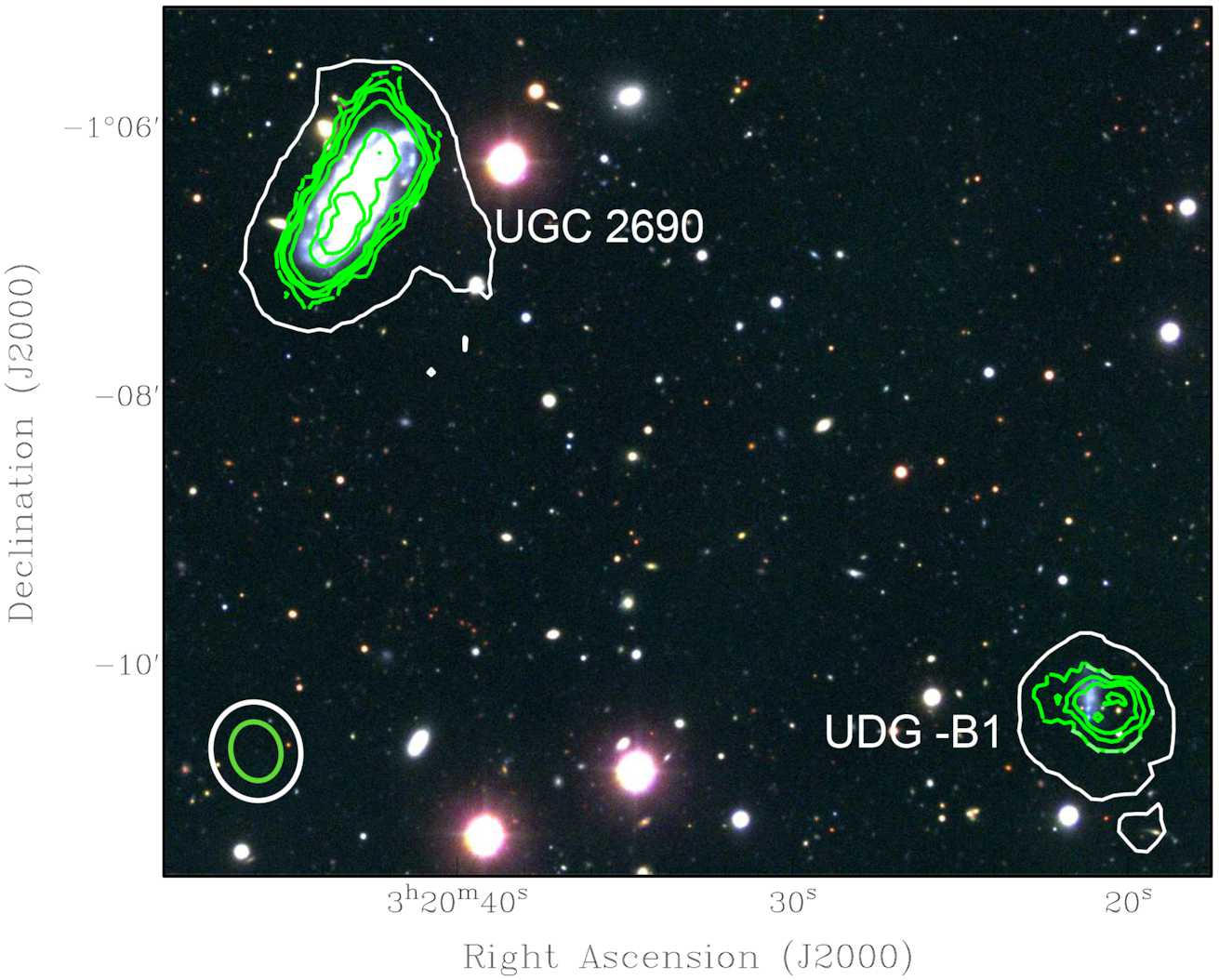