With projects such as Laser Interferometer Space Antenna (LISA) and Pulsar Timing Arrays (PTAs) expected to detect gravitational waves from supermassive black hole mergers in the near future, it is key that we understand what we expect those detections to be, and maximize what we can learn from them. To address this, we study the mergers of supermassive black holes in the Illustris simulation, the overall rate of mergers, and the correlation between merging black holes and their host galaxies. We find these mergers occur in typical galaxies along the MBH-M* relation, and that between LISA and PTAs we expect to probe the full range of galaxy masses. As galaxy mergers can trigger star formation, we find that galaxies hosting low-mass black hole mergers tend to show a slight increase in star formation rates compared to a mass-matched sample. However, high-mass merger hosts have typical star formation rates, due to a combination of low gas fractions and powerful active galactic nucleus feedback. Although minor black hole mergers do not correlate with disturbed morphologies, major mergers (especially at high-masses) tend to show morphological evidence of recent galaxy mergers which survive for ~500 Myr. This is on the same scale as the infall/hardening time of merging black holes, suggesting that electromagnetic follow-ups to gravitational wave signals may not be able to observe this correlation. We further find that incorporating a realistic time-scale delay for the black hole mergers could shift the merger distribution towards higher masses, decreasing the rate of LISA detections while increasing the rate of PTA detections. 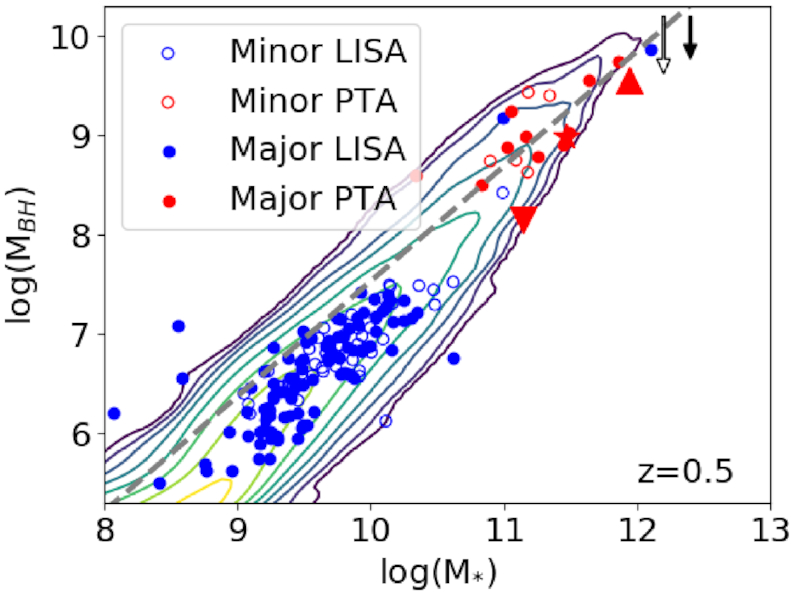