The GALAH survey: tracing the Galactic disc with open clusters

Open clusters are unique tracers of the history of our own Galaxy's disc. According to our membership analysis based on Gaia astrometry, out of the 226 potential clusters falling in the footprint of the GALactic Archaeology with HERMES (GALAH) survey or the Apache Point Observatory Galactic Evolution Experiment (APOGEE) survey, we find that 205 have secure members that were observed by at least one of the surveys. Furthermore, members of 134 clusters have high-quality spectroscopic data that we use to determine their chemical composition. We leverage this information to study the chemical distribution throughout the Galactic disc of 21 elements, from C to Eu. The radial metallicity gradient obtained from our analysis is -0.076 ± 0.009 dex kpc-1, which is in agreement with previous works based on smaller samples. Furthermore, the gradient in the [Fe/H]-guiding radius (rguid) plane is -0.073 ± 0.008 dex kpc-1. We show consistently that open clusters trace the distribution of chemical elements throughout the Galactic disc differently than field stars. In particular, at the given radius, open clusters show an age-metallicity relation that has less scatter than field stars. As such scatter is often interpreted as an effect of radial migration, we suggest that these differences are due to the physical selection effect imposed by our Galaxy: clusters that would have migrated significantly also had higher chances to get destroyed. Finally, our results reveal trends in the [X/Fe]-rguid-age space, which are important to understand production rates of different elements as a function of space and time. 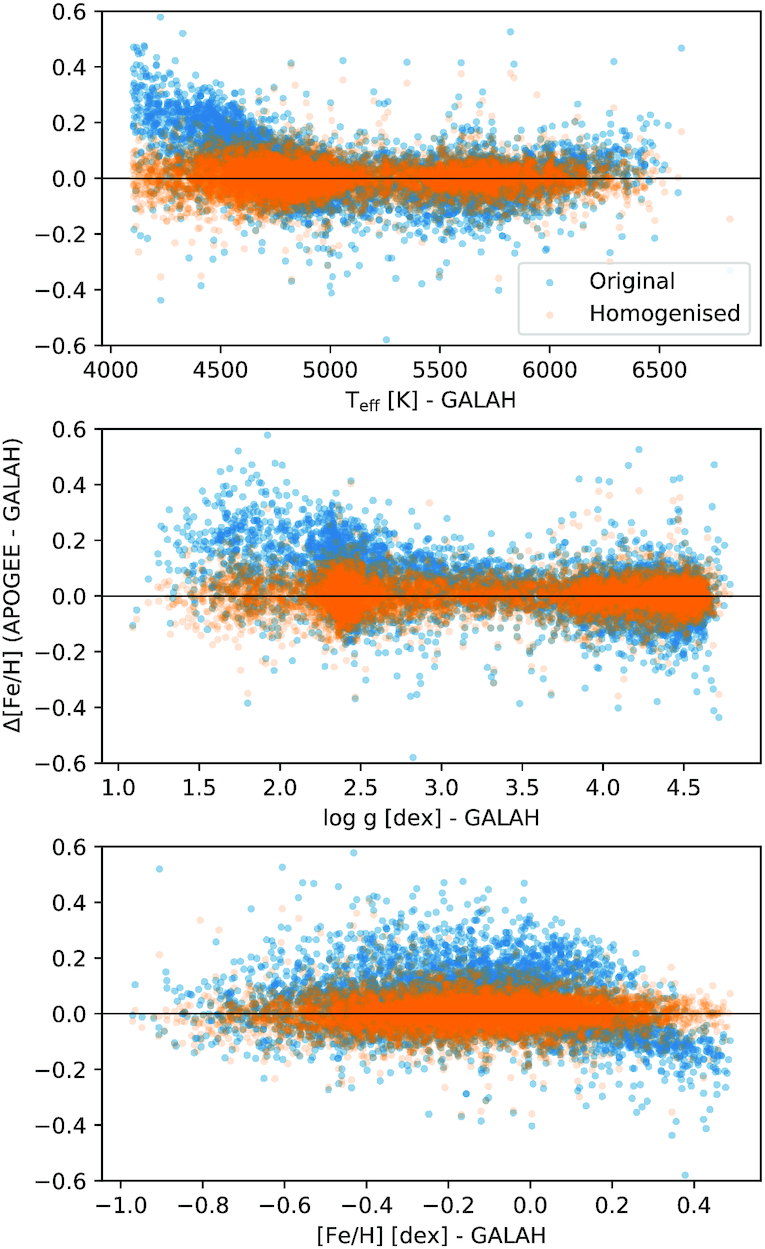