Dark matter haloes of massive elliptical galaxies at z ∼ 0.2 are well described by the Navarro-Frenk-White profile

We investigate the internal structure of elliptical galaxies at z ~ 0.2 from a joint lensing-dynamics analysis. We model Hubble Space Telescope images of a sample of 23 galaxy-galaxy lenses selected from the Sloan Lens ACS (SLACS) survey. Whereas the original SLACS analysis estimated the logarithmic slopes by combining the kinematics with the imaging data, we estimate the logarithmic slopes only from the imaging data. We find that the distribution of the lensing-only logarithmic slopes has a median 2.08c ± 0.03 and intrinsic scatter 0.13 ± 0.02, consistent with the original SLACS analysis. We combine the lensing constraints with the stellar kinematics and weak lensing measurements, and constrain the amount of adiabatic contraction in the dark matter (DM) haloes. We find that the DM haloes are well described by a standard Navarro-Frenk-White halo with no contraction on average for both of a constant stellar mass-to-light ratio (M/L) model and a stellar M/L gradient model. For the M/L gradient model, we find that most galaxies are consistent with no M/L gradient. Comparison of our inferred stellar masses with those obtained from the stellar population synthesis method supports a heavy initial mass function (IMF) such as the Salpeter IMF. We discuss our results in the context of previous observations and simulations, and argue that our result is consistent with a scenario in which active galactic nucleus feedback counteracts the baryonic-cooling-driven contraction in the DM haloes. 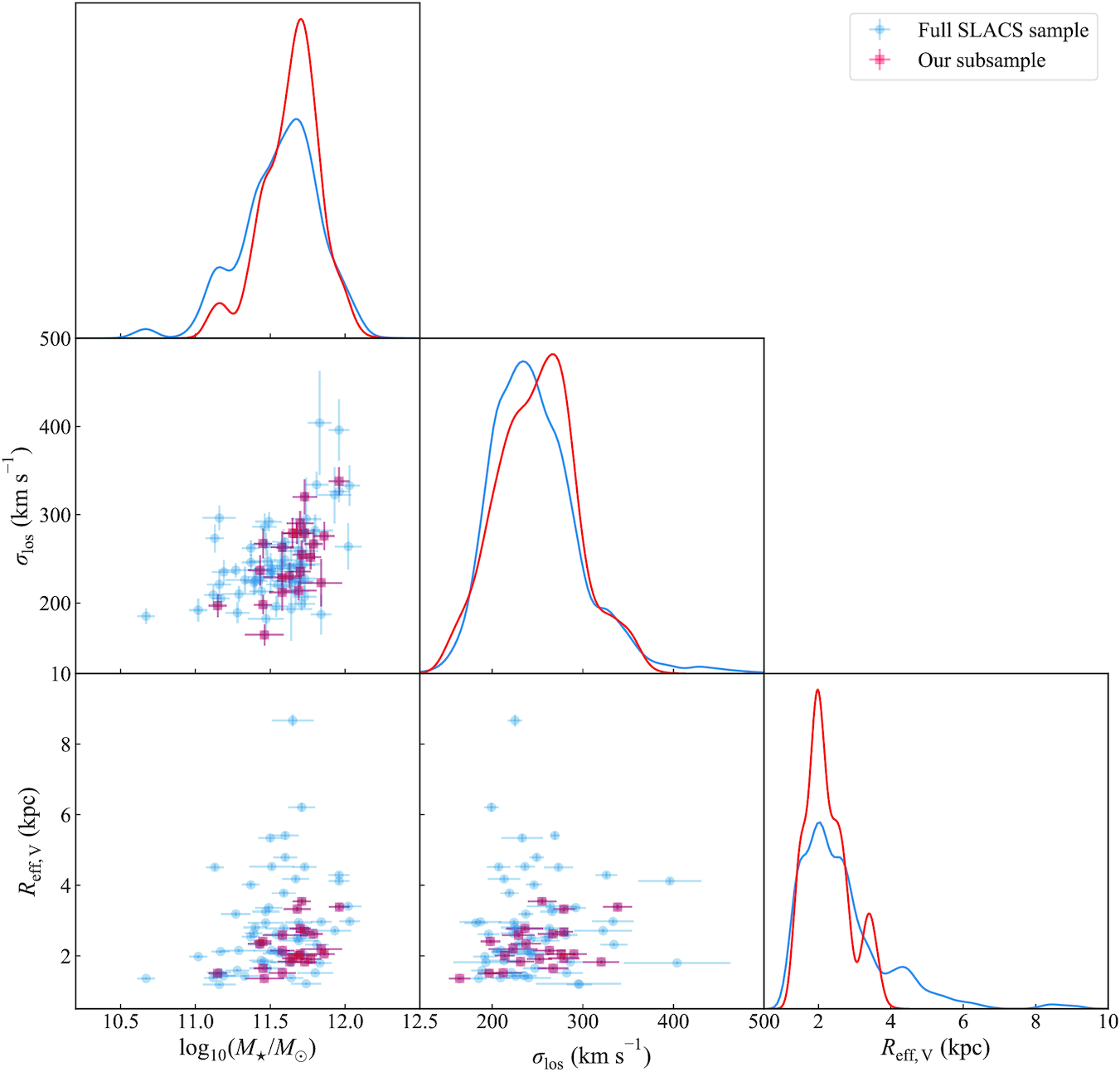