Host-star and exoplanet compositions: a pilot study using a wide binary with a polluted white dwarf

Planets and stars ultimately form out of the collapse of the same cloud of gas. Whilst planets, and planetary bodies, readily loose volatiles, a common hypothesis is that they retain the same refractory composition as their host star. This is true within the Solar system. The refractory composition of chondritic meteorites, Earth, and other rocky planetary bodies are consistent with solar, within the observational errors. This work aims to investigate whether this hypothesis holds for exoplanetary systems. If true, the internal structure of observed rocky exoplanets can be better constrained using their host star abundances. In this paper, we analyse the abundances of the K-dwarf, G200-40, and compare them to its polluted white dwarf companion, WD 1425+540. The white dwarf has accreted planetary material, most probably a Kuiper belt-like object, from an outer planetary system surviving the star's evolution to the white dwarf phase. Given that binary pairs are chemically homogeneous, we use the binary companion, G200-40, as a proxy for the composition of the progenitor to WD 1425+540. We show that the elemental abundances of the companion star and the planetary material accreted by WD 1425+540 are consistent with the hypothesis that planet and host-stars have the same true abundances, taking into account the observational errors. 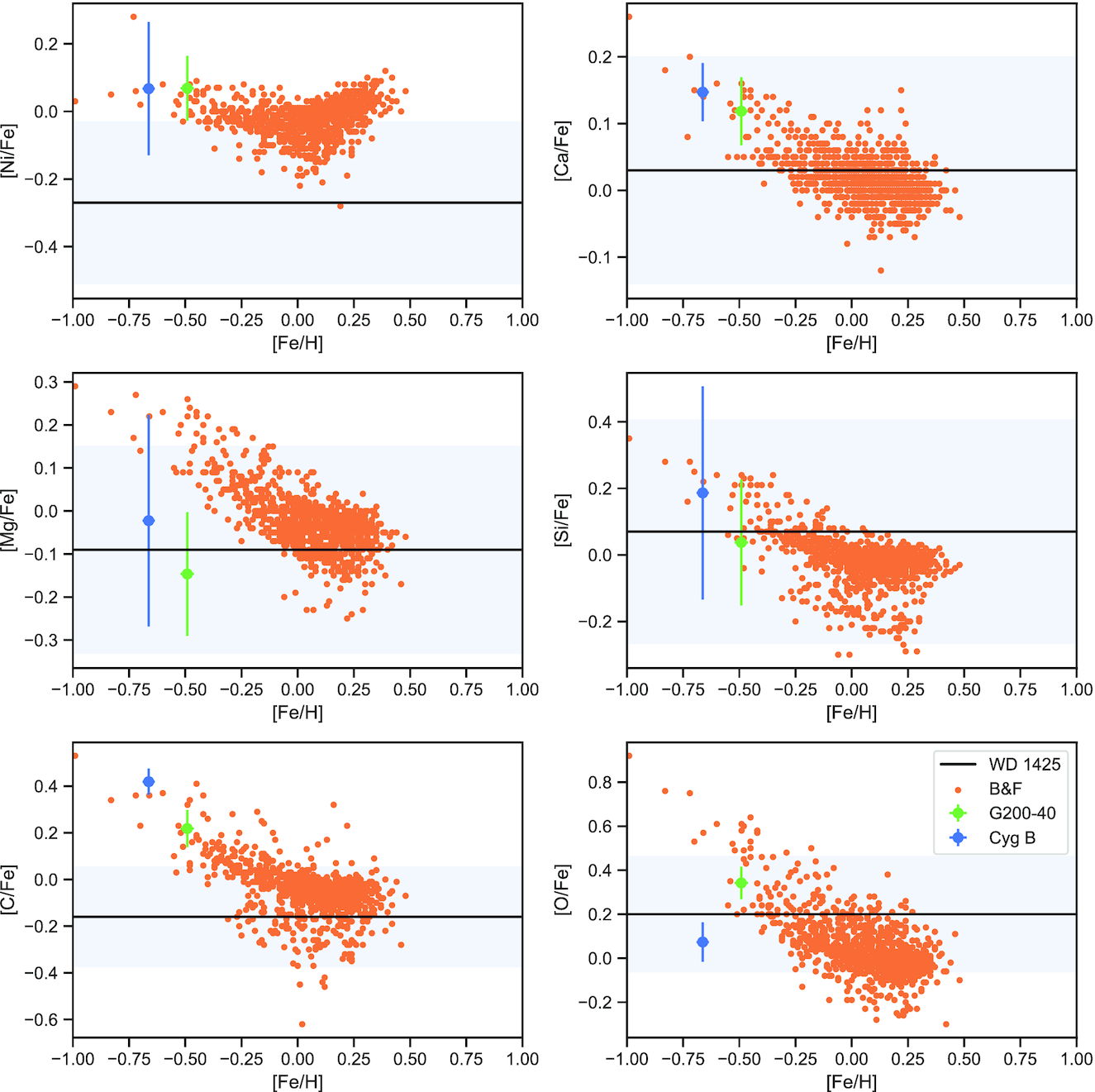