The All-Sky Automated Survey for Supernovae provides long baseline (~4 yr) V-band light curves for sources brighter than V≲ 17 mag across the whole sky. We produced V-band light curves for a total of ~61.5 million sources and systematically searched these sources for variability. We identified ~426 000 variables, including ~219 000 new discoveries. Most (${\sim }74{ per\ cent}$) of our discoveries are in the Southern hemisphere. Here, we use spectroscopic information from LAMOST, GALAH, RAVE, and APOGEE to study the physical and chemical properties of these variables. We find that metal-poor eclipsing binaries have orbital periods that are shorter than metal-rich systems at fixed temperature. We identified rotational variables on the main-sequence, red giant branch, and the red clump. A substantial fraction (${\gtrsim }80{ per\ cent}$) of the rotating giants have large $v$rot or large near-ultraviolet excesses also indicative of fast rotation. The rotational variables have unusual abundances suggestive of analysis problems. Semiregular variables tend to be lower metallicity ($\rm [Fe/H]{\sim }-0.5$) than most giant stars. We find that the APOGEE DR16 temperatures of oxygen-rich semiregular variables are strongly correlated with the WRP - WJK colour index for $\rm T_{eff}\lesssim 3800$ K. Using abundance measurements from APOGEE DR16, we find evidence for Mg and N enrichment in the semiregular variables. We find that the Aluminum abundances of the semiregular variables are strongly correlated with the pulsation period, where the variables with $\rm P\gtrsim 60$ d are significantly depleted in Al. 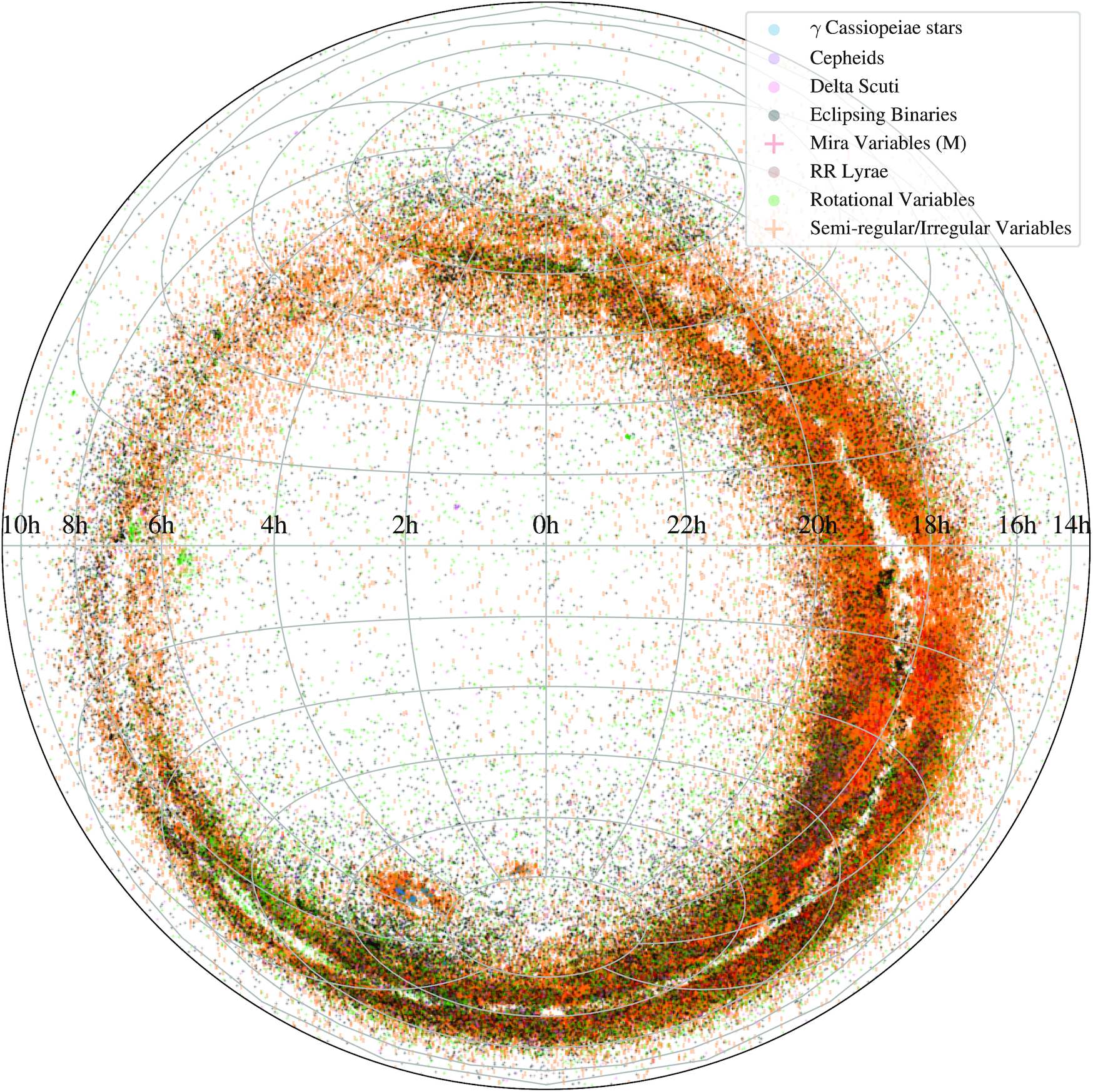