Physical and kinematic conditions of the local merging galaxy NGC 1487

We present optical VLT/MUSE integral field spectroscopy data of the merging galaxy NGC 1487. We use fitting techniques to study the ionized gas emission of this merger and its main morphological and kinematical properties. We measured flat and sometimes inverted oxygen abundance gradients in the subsystems composing NGC 1487, explained by metal mixing processes common in merging galaxies. We also measured widespread star-forming bursts, indicating that photoionization by stars is the primary ionization source of the galaxy. The kinematic map revealed a rotating pattern in the gas in the northern tail of the system, suggesting that the galaxy may be in the process of rebuilding a disc. The gas located in the central region has larger velocity dispersion (σ ≍ 50 km s-1) than the remaining regions, indicating kinematic heating, possibly owing to the ongoing interaction. Similar trends were, however, not observed in the stellar velocity dispersion map, indicating that the galaxy has not yet achieved equilibrium, and the nebular and stellar components are still kinematically decoupled. Based on all our measurements and findings, and specially on the mass estimates, metallicity gradients, and velocity fields of the system, we propose that NGC 1487 is the result of an ongoing merger event involving smallish dwarf galaxies within a group, in a pre-merger phase, resulting in a relic with mass and physical parameters similar to a dwarf galaxy. Thus, we may be witnessing the formation of a dwarf galaxy by merging of smaller clumps at z = 0. 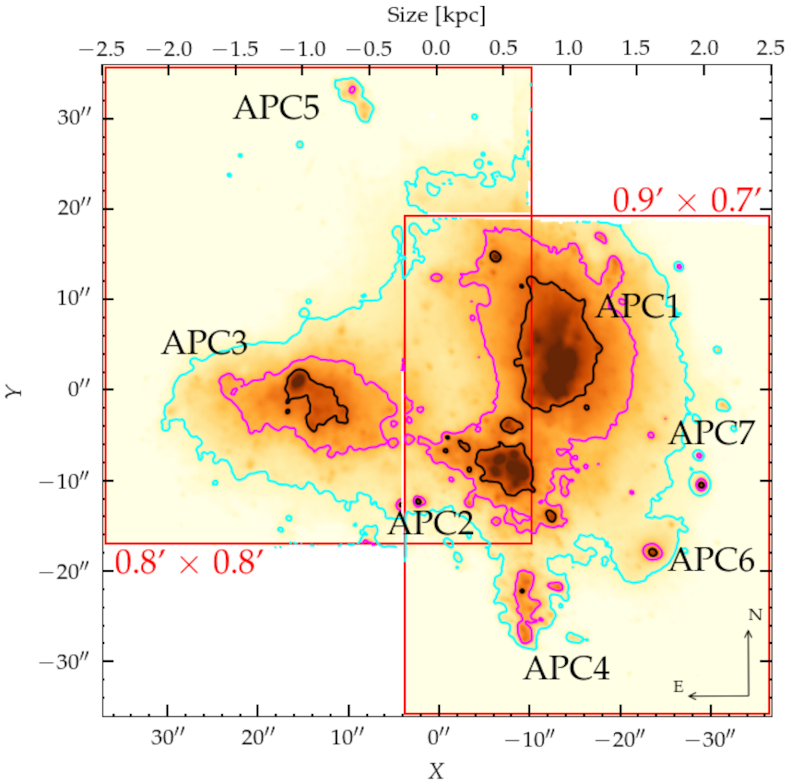