In the local Universe, there are a handful of dwarf compact star-forming galaxies with extremely low oxygen abundances. It has been proposed that they are young, having formed a large fraction of their stellar mass during their last few hundred Myr. However, little is known about the fraction of young stellar populations in more massive galaxies. In a previous article, we analysed 404 000 Sloan Digital Sky Survey spectra to identify a surprisingly large sample of more massive very young galaxies (VYGs), defined to have formed at least $50{{\ \rm per\ cent}}$ of their stellar mass within the last 1 Gyr. Here, we investigate in detail the properties of a subsample of 207 galaxies that are VYGs according to all three of our spectral models. We compare their properties with those of control sample galaxies (CSGs). We find that VYGs tend to have higher surface brightness and to be more compact, dusty, asymmetric, and clumpy than CSGs. Analysis of a subsample with H I detections reveals that VYGs are more gas rich than CSGs. VYGs tend to reside more in the inner parts of low-mass groups and are twice as likely as CSGs to be interacting with a neighbour galaxy. On the other hand, VYGs and CSGs have similar gas metallicities and large-scale environments (relative to filaments and voids). These results suggest that gas-rich interactions and mergers are the main mechanisms responsible for the recent triggering of star formation in low-redshift VYGs, except for the lowest mass VYGs, where the starbursts would arise from a mixture of mergers and gas infall. 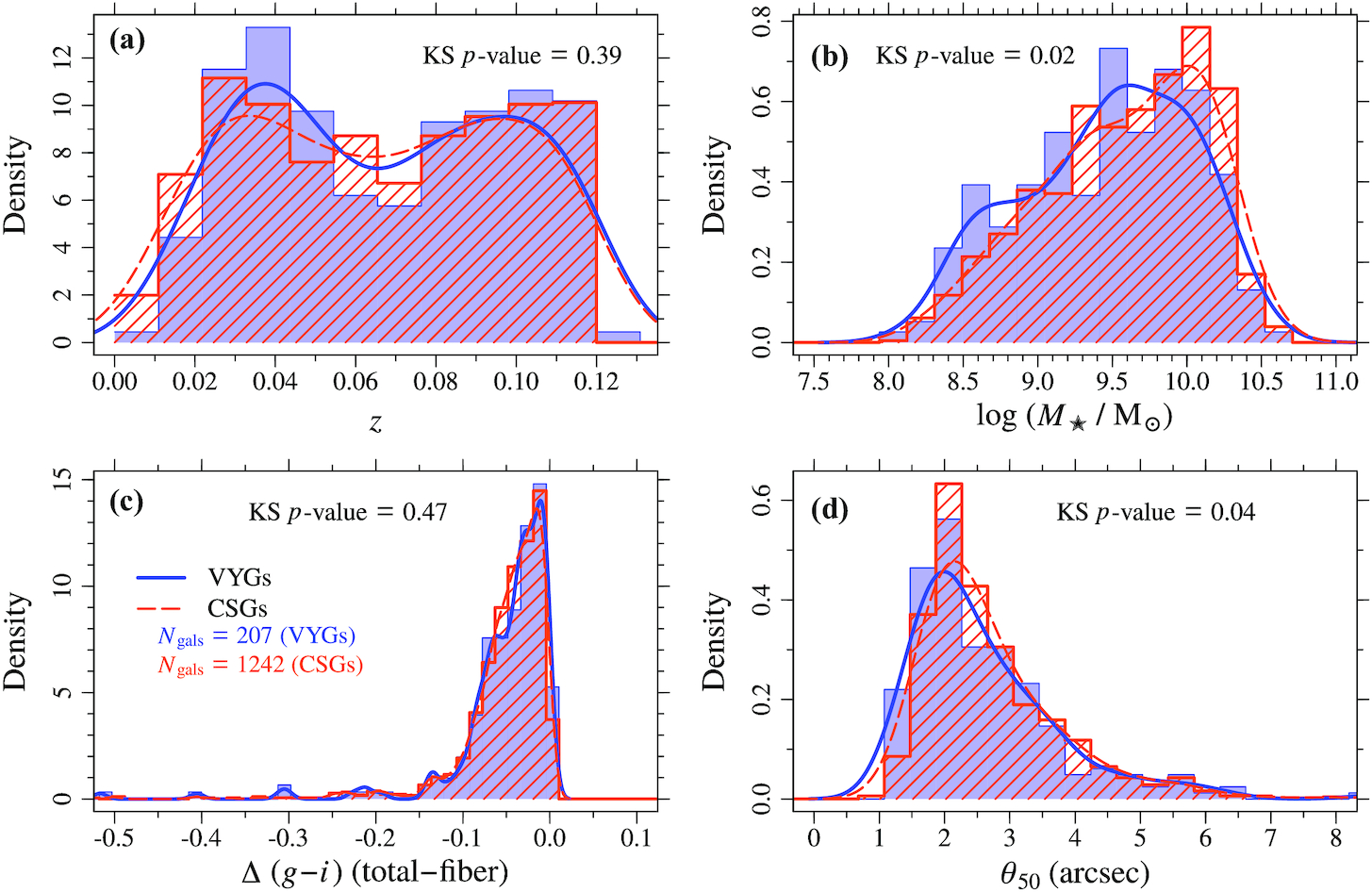