Exploring the AGN-merger connection in Arp 245 I: Nuclear star formation and gas outflow in NGC 2992

Galaxy mergers are central to our understanding of galaxy formation, especially within the context of hierarchical models. Besides having a large impact on the star formation history, mergers are also able to influence gas motions at the centre of galaxies and trigger an active galactic nucleus (AGN). In this paper, we present a case study of the Seyfert galaxy NGC 2992, which together with NGC 2993 forms the early-stage merger system Arp 245. Using Gemini Multi-Object Spectrograph integral field unit data from the inner 1.1 kpc of the galaxy, we were able to spatially resolve the stellar populations, the ionization mechanism, and kinematics of ionized gas. From full spectral synthesis, we found that the stellar population is primarily composed by old metal-rich stars (t ≥ 1.4 Gyr, Z ≥ 2.0 Z⊙), with a contribution of at most 30 per cent of the light from a young and metal-poor population (t ≤ 100 Myr, Z ≤ 1.0 Z⊙). We detect H α and H β emission from the broad-line region with a full width at half-maximum of ∼2000 $\rm km\, s^{-1}$ . The narrow-line region kinematics presents two main components: one from gas orbiting the galaxy disc and a blueshifted (velocity ≍ -200 $\rm km\, s^{-1}$ ) outflow, possibly correlated with the radio emission, with mass outflow rate of ∼2 M⊙ yr-1 and a kinematic power of ∼2 × 1040 erg s-1 ( $\dot{E}_{\mathrm{ out}}$ /Lbol ≍ 0.2 per cent). We also show even though the main ionization mechanism is the AGN radiation, ionization by young stars and shocks may also contribute to the emission line ratios presented in the innermost region of the galaxy. 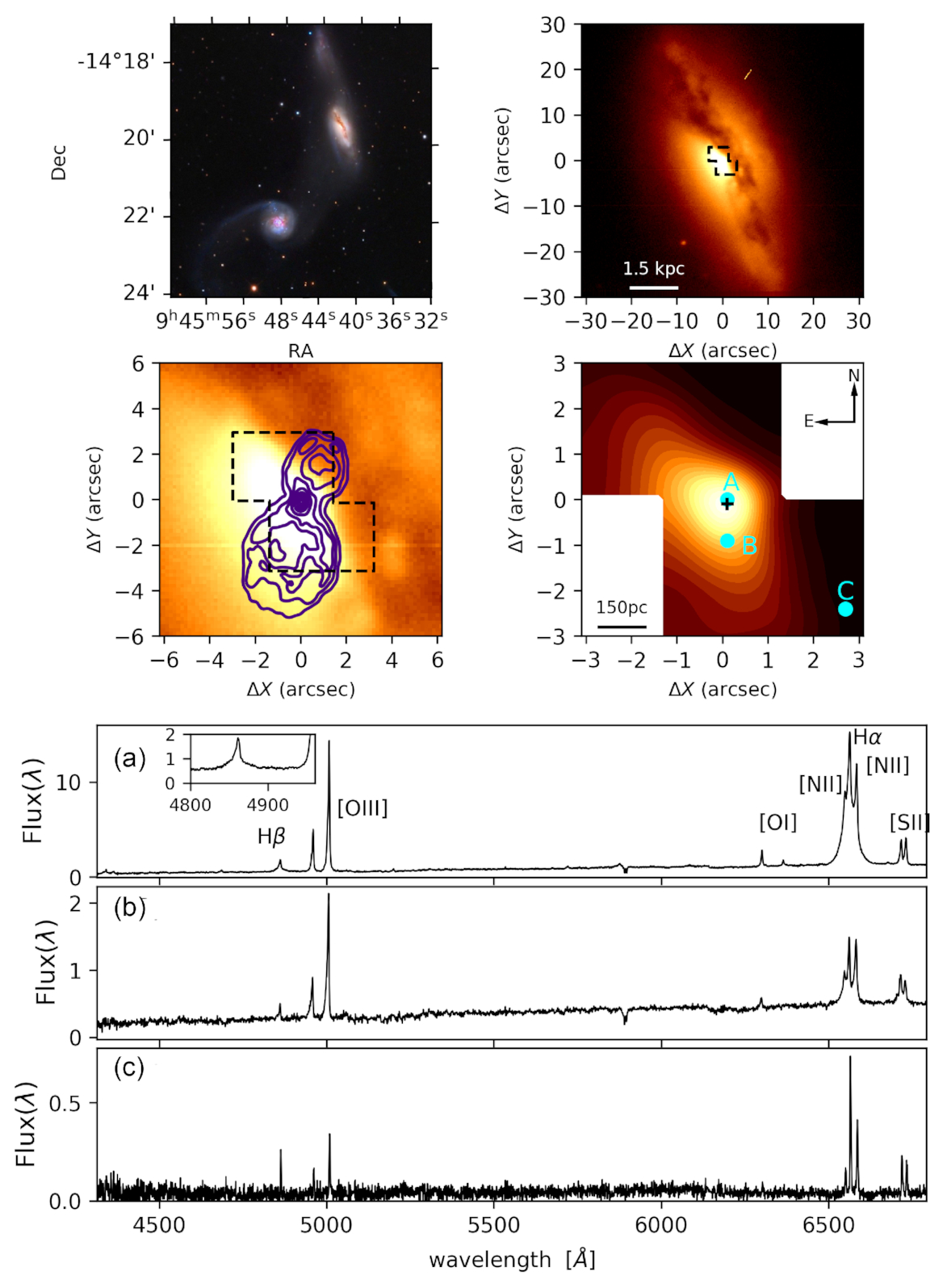