We used data from the near-infrared Visible and Infrared Telescope for Astronomy (VISTA) survey of the Magellanic Cloud system (VMC) to measure proper motions (PMs) of stars within the Small Magellanic Cloud (SMC). The data analysed in this study comprise 26 VMC tiles, covering a total contiguous area on the sky of ∼40 deg2. Using multi-epoch observations in the Ks band over time baselines between 13 and 38 months, we calculated absolute PMs with respect to ∼130 000 background galaxies. We selected a sample of ∼2160 000 likely SMC member stars to model the centre-of-mass motion of the galaxy. The results found for three different choices of the SMC centre are in good agreement with recent space-based measurements. Using the systemic motion of the SMC, we constructed spatially resolved residual PM maps and analysed for the first time the internal kinematics of the intermediate-age/old and young stellar populations separately. We found outward motions that point either towards a stretching of the galaxy or stripping of its outer regions. Stellar motions towards the North might be related to the 'Counter Bridge' behind the SMC. The young populations show larger PMs in the region of the SMC Wing, towards the young Magellanic Bridge. In the older populations, we further detected a coordinated motion of stars away from the SMC in the direction of the Old Bridge as well as a stream towards the SMC. 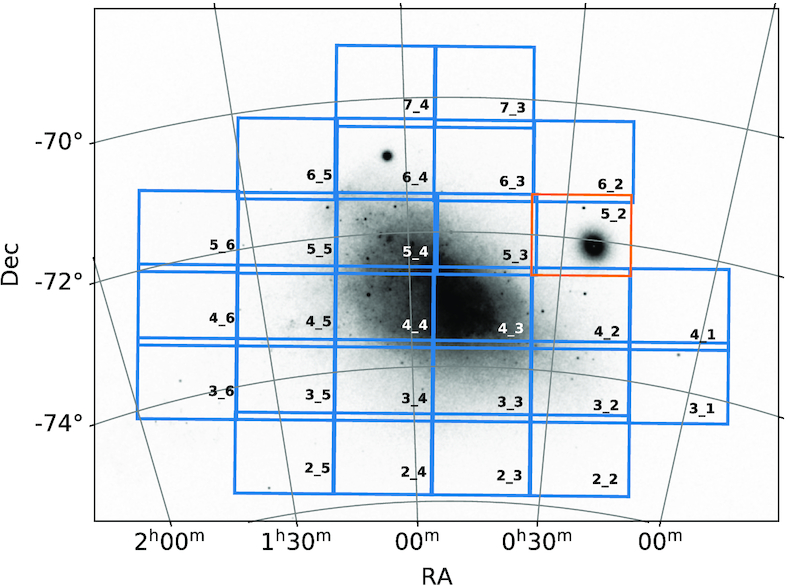