We present modelling of the long-term optical light and radial velocity curves of the binary stellar system CXOGBS J175553.2-281633, first detected in X-rays in the Chandra Galactic Bulge Survey. We analysed 7 yr of optical I-band photometry from Optical Gravitational Lensing Experiment and found long-term variations from year to year. These long-term variations can most likely be explained with by either variations in the luminosity of the accretion disc or a spotted secondary star. The phased light curve has a sinusoidal shape, which we interpret as being due to ellipsoidal modulations. We improve the orbital period to be P = 10.34488 ± 0.00006 h with a time of inferior conjunction of the secondary star T0 = HJD 2455260.8204 ± 0.0008. Moreover, we collected 37 spectra over 6 non-consecutive nights. The spectra show evidence for an evolved K7 secondary donor star, from which we obtain a semi-amplitude for the radial velocity curve of K2 = 161 ± 6 km s-1. Using the light-curve synthesis code XRBINARY, we derive the most likely orbital inclination for the binary of i = 63.0 ± 0.7 deg, a primary mass of M1 = 0.83 ± 0.06 M⊙, consistent with a white dwarf accretor, and a secondary donor mass of M2 = 0.65 ± 0.07 M⊙, consistent with the spectral classification. Therefore, we identify the source as a long orbital period cataclysmic variable star. 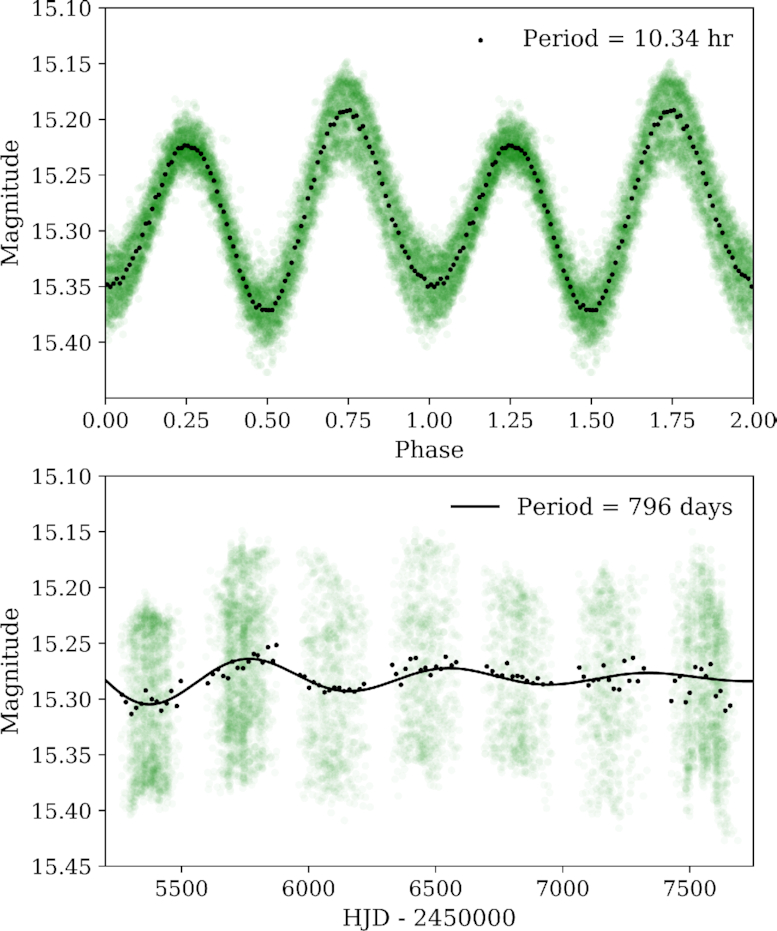