PHANGS-HST is an ultraviolet-optical imaging survey of 38 spiral galaxies within ~20 Mpc. Combined with the PHANGS-ALMA, PHANGS-MUSE surveys and other multiwavelength data, the data set will provide an unprecedented look into the connections between young stars, H II regions, and cold molecular gas in these nearby star-forming galaxies. Accurate distances are needed to transform measured observables into physical parameters (e.g. brightness to luminosity, angular to physical sizes of molecular clouds, star clusters and associations). PHANGS-HST has obtained parallel ACS imaging of the galaxy haloes in the F606W and F814W bands. Where possible, we use these parallel fields to derive tip of the red giant branch (TRGB) distances to these galaxies. In this paper, we present TRGB distances for 10 PHANGS galaxies from ~4 to ~15 Mpc, based on the first year of PHANGS-HST observations. Four of these represent the first published TRGB distance measurements (IC 5332, NGC 2835, NGC 4298, and NGC 4321), and seven of which are the best available distances to these targets. We also provide a compilation of distances for the 118 galaxies in the full PHANGS sample, which have been adopted for the first PHANGS-ALMA public data release. 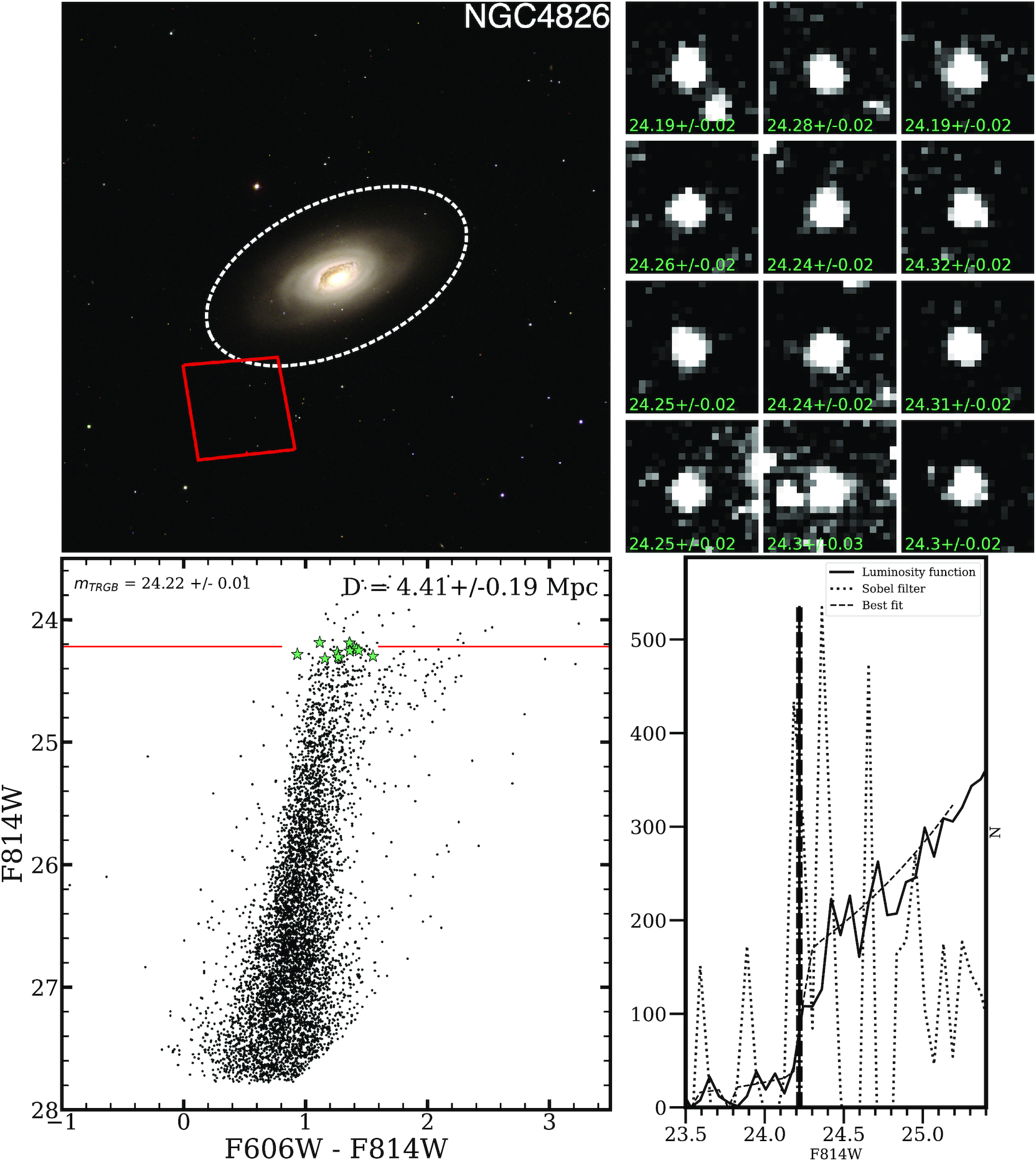