Among the potential milliHz gravitational wave (GW) sources for the upcoming space-based interferometer LISA are extreme- or intermediate-mass ratio inspirals (EMRI/IMRIs). These events involve the coalescence of supermassive black holes in the mass range 105M⊙ ≲ M ≲ 107M⊙ with companion BHs of much lower masses. A subset of E/IMRIs are expected to occur in the accretion discs of active galactic nuclei (AGNs), where torques exerted by the disc can interfere with the inspiral and cause a phase shift in the GW waveform. Here we use a suite of 2D hydrodynamical simulations with the moving-mesh code DISCO to present a systematic study of disc torques. We measure torques on an inspiralling BH and compute the corresponding waveform deviations as a function of the binary mass ratio q ≡ M2/M1, the disc viscosity (α), and gas temperature (or equivalently Mach number; $\mathcal {M}$). We find that the absolute value of the gas torques is within an order of magnitude of previously determined planetary migration torques, but their precise value and sign depends non-trivially on the combination of these parameters. The gas imprint is detectable by LISA for binaries embedded in AGN discs with surface densities above $\Sigma _0\ge 10^{4-6} \rm \, g cm^{-2}$, depending on q, α, and $\mathcal {M}$. Deviations are most pronounced in discs with higher viscosities, and for E/IMRIs detected at frequencies where LISA is most sensitive. Torques in colder discs exhibit a noticeable dependence on the GW-driven inspiral rate as well as strong fluctuations at late stages of the inspiral. Our results further suggest that LISA may be able to place constraints on AGN disc parameters and the physics of disc-satellite interaction. 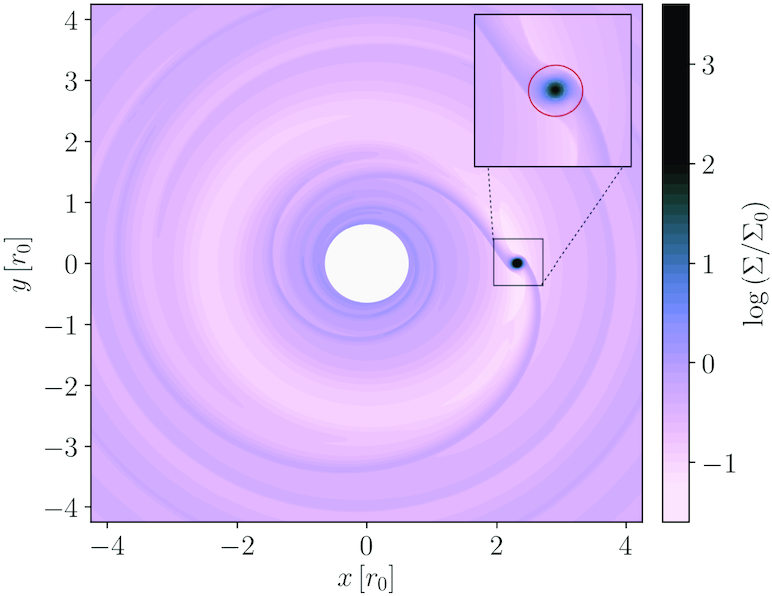