We study structural properties of spectroscopically confirmed massive quiescent galaxies at z ≈ 3 with one of the first sizeable samples of such sources, made of ten 10.8 < log (M⋆/M⊙) < 11.3 galaxies at 2.4 < z < 3.2 in the COSMOS field whose redshifts and quiescence are confirmed by Hubble Space Telescope (HST) grism spectroscopy. Although affected by a weak bias toward younger stellar populations, this sample is deemed to be largely representative of the majority of the most massive and thus intrinsically rarest quiescent sources at this cosmic time. We rely on targeted HST/Wide-Field Camera 3 observations and fit Sérsic profiles to the galaxy surface brightness distributions at $\approx {4000}\hbox{-}{\, {\mathring{\rm A}}}$ rest frame. We find typically high Sérsic indices and axis ratios (medians ≈ 4.5 and 0.73, respectively) suggesting that, at odds with some previous results, the first massive quiescent galaxies may largely be already bulge-dominated systems. We measure compact galaxy sizes with an average of $\approx {1.4}\, {\rm kpc}$ at log (M⋆/M⊙) ≈ 11.2, in good agreement with the extrapolation at the highest masses of previous determinations of the stellar mass-size relation of quiescent galaxies, and of its redshift evolution, from photometrically selected samples at lower and similar redshifts. This work confirms the existence of a population of compact, bulge dominated, massive, quiescent sources at z ≈ 3, providing one of the first statistical estimates of their structural properties, and further constraining the early formation and evolution of the first quiescent galaxies. 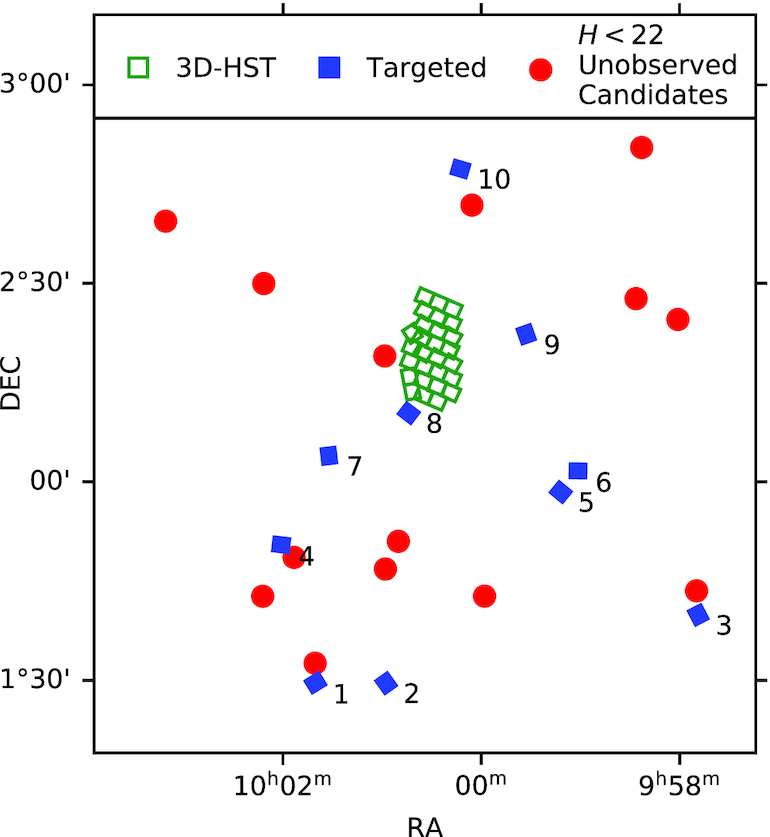