Is there enough star formation in simulated protoclusters?

As progenitors of the most massive objects, protoclusters are key to tracing the evolution and star formation history of the Universe, and are responsible for ${\gtrsim }\, 20$ per cent of the cosmic star formation at $z\, {\gt }\, 2$ . Using a combination of state-of-the-art hydrodynamical simulations and empirical models, we show that current galaxy formation models do not produce enough star formation in protoclusters to match observations. We find that the star formation rates (SFRs) predicted from the models are an order of magnitude lower than what is seen in observations, despite the relatively good agreement found for their mass-accretion histories, specifically that they lie on an evolutionary path to become Coma-like clusters at $z\, {\simeq }\, 0$ . Using a well-studied protocluster core at $z\, {=}\, 4.3$ as a test case, we find that star formation efficiency of protocluster galaxies is higher than predicted by the models. We show that a large part of the discrepancy can be attributed to a dependence of SFR on the numerical resolution of the simulations, with a roughly factor of 3 drop in SFR when the spatial resolution decreases by a factor of 4. We also present predictions up to $z\, {\simeq }\, 7$ . Compared to lower redshifts, we find that centrals (the most massive member galaxies) are more distinct from the other galaxies, while protocluster galaxies are less distinct from field galaxies. All these results suggest that, as a rare and extreme population at high z, protoclusters can help constrain galaxy formation models tuned to match the average population at $z\, {\simeq }\, 0$ . 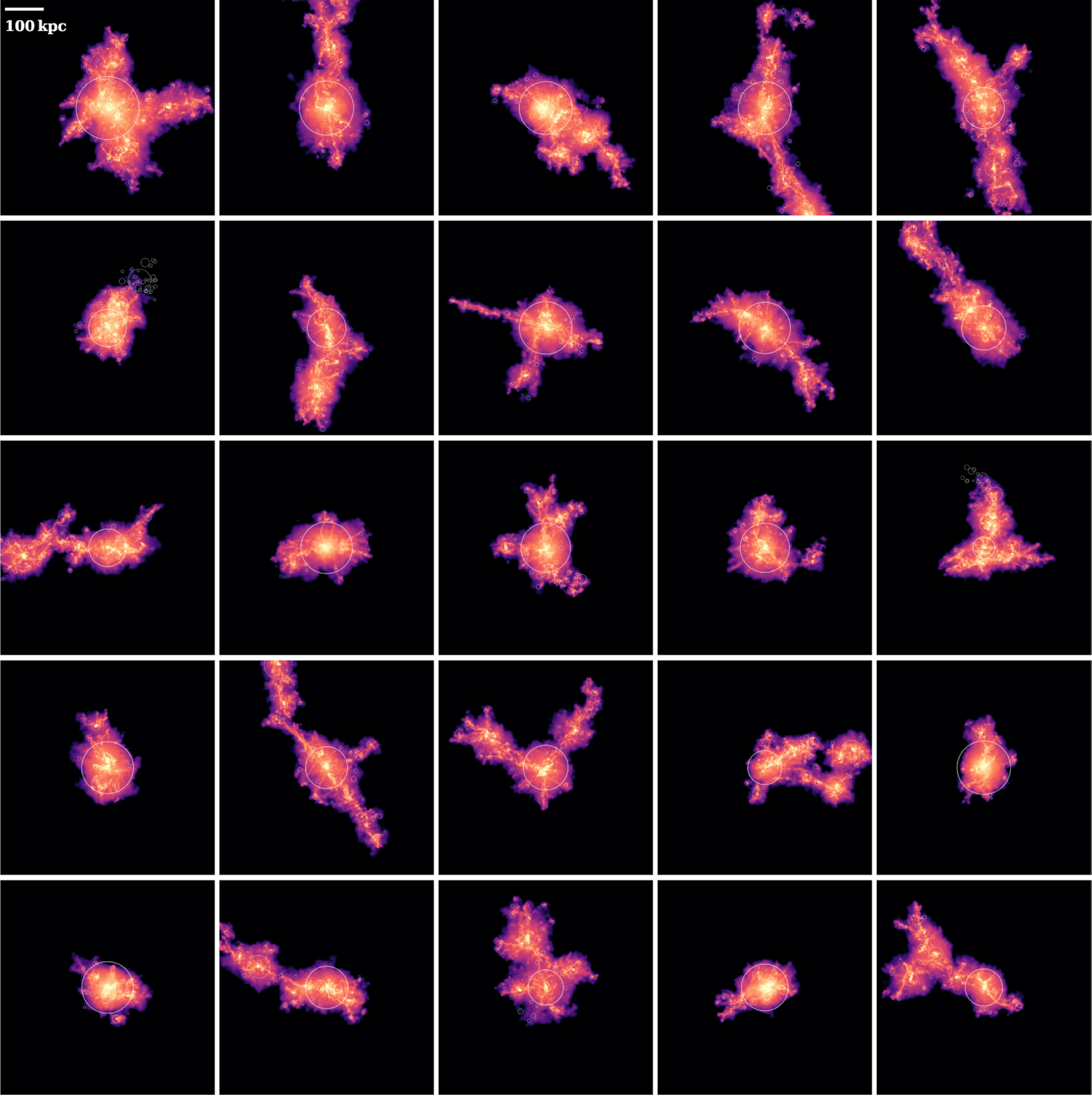