We introduce a new method to mitigate numerical diffusion in adaptive mesh refinement (AMR) simulations of cosmological galaxy formation, and study its impact on a simulated dwarf galaxy as part of the 'EDGE' project. The target galaxy has a maximum circular velocity of $21\, \mathrm{km}\, \mathrm{s}^{-1}$ but evolves in a region that is moving at up to $90\, \mathrm{km}\, \mathrm{s}^{-1}$ relative to the hydrodynamic grid. In the absence of any mitigation, diffusion softens the filaments feeding our galaxy. As a result, gas is unphysically held in the circumgalactic medium around the galaxy for $320\, \mathrm{Myr}$ , delaying the onset of star formation until cooling and collapse eventually triggers an initial starburst at z = 9. Using genetic modification, we produce 'velocity-zeroed' initial conditions in which the grid-relative streaming is strongly suppressed; by design, the change does not significantly modify the large-scale structure or dark matter accretion history. The resulting simulation recovers a more physical, gradual onset of star formation starting at z = 17. While the final stellar masses are nearly consistent ( $4.8 \times 10^6\, \mathrm{M}_{\odot }$ and $4.4\times 10^6\, \mathrm{M}_{\odot }$ for unmodified and velocity-zeroed, respectively), the dynamical and morphological structure of the z = 0 dwarf galaxies are markedly different due to the contrasting histories. Our approach to diffusion suppression is suitable for any AMR zoom cosmological galaxy formation simulations, and is especially recommended for those of small galaxies at high redshift. 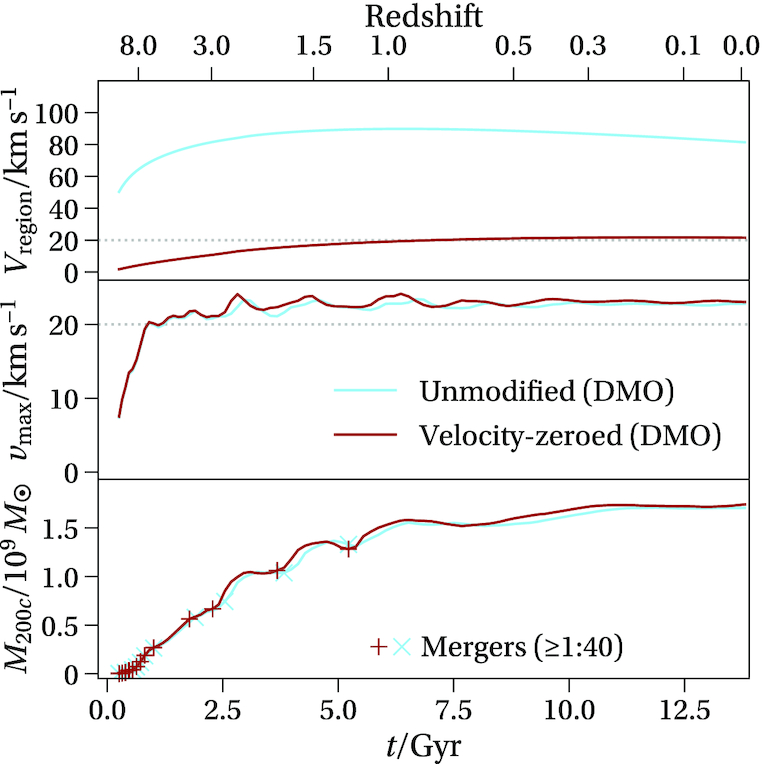