We present results from simultaneous modelling of high angular resolution GBT/MUSTANG-2 90 GHz Sunyaev-Zel'dovich effect (SZE) measurements and XMM-XXL X-ray images of three rich galaxy clusters selected from the HSC-SSP Survey. The combination of high angular resolution SZE and X-ray imaging enables a spatially resolved multicomponent analysis, which is crucial to understand complex distributions of cluster gas properties. The targeted clusters have similar optical richnesses and redshifts, but exhibit different dynamical states in their member galaxy distributions: a single-peaked cluster, a double-peaked cluster, and a cluster belonging to a supercluster. A large-scale residual pattern in both regular Compton-parameter y and X-ray surface brightness distributions is found in the single-peaked cluster, indicating a sloshing mode. The double-peaked cluster shows an X-ray remnant cool core between two SZE peaks associated with galaxy concentrations. The temperatures of the two peaks reach ~20-30 keV in contrast to the cool core component of ~2 keV, indicating a violent merger. The main SZE signal for the supercluster is elongated along a direction perpendicular to the major axis of the X-ray core, suggesting a minor merger before core passage. The SX and y distributions are thus perturbed at some level, regardless of the optical properties. We find that the integrated Compton y parameter and the temperature for the major merger are boosted from those expected by the weak-lensing mass and those for the other two clusters show no significant deviations, which is consistent with predictions of numerical simulations. 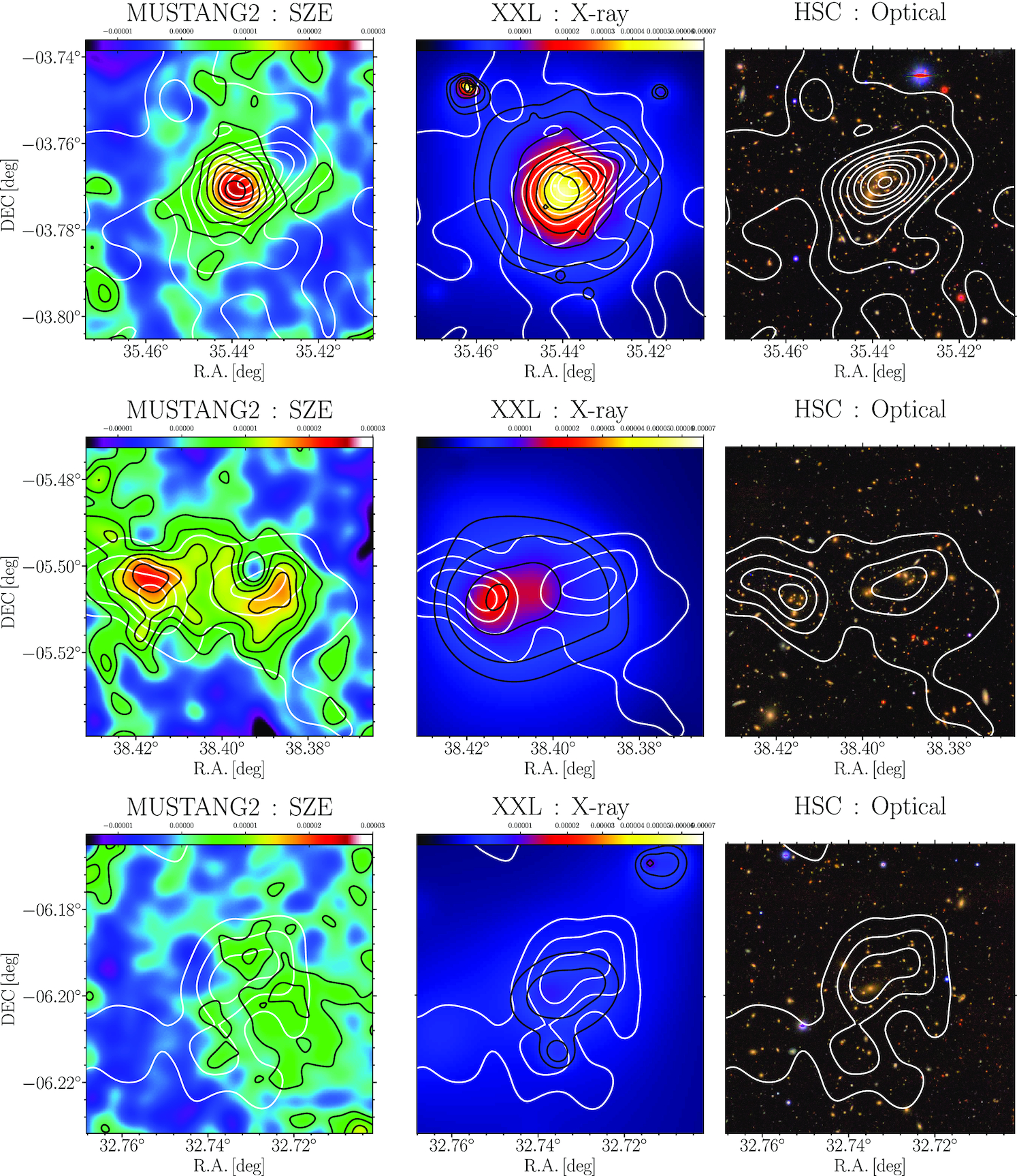