Two meteorite pieces have been recovered in Italy, near the town of Cavezzo (Modena), on 2020 January 4th. The associated fireball was observed on the evening of New Year's Day 2020 by eight all-sky cameras of the PRISMA fireball network, a partner of FRIPON. The computed trajectory had an inclination angle of approximately 68° and a velocity at infinity of 12.8 km s-1. Together with the relatively low terminal height, estimated as 21.5 km, those values were indicating the significant possibility of a meteorite dropping event, as additionally confirmed by the non-zero residual total mass. The strewn-field was computed taking into account the presence of two bright light flashes, revealing that the meteoroid had been very likely subject to fragmentation. Three days after the event, two samples, weighing 3.1 and 52.2 g, were collected as a result of a dedicated field search and thanks to the involvement of the local people. The two pieces were immediately recognized as freshly fallen fragments of meteorite. The computed orbital elements, compared with the ones of known Near-Earth Asteroids from the NEODyS database, are compatible with one asteroid only; 2013 VC10. The estimated original mass of the meteoroid, 3.5 kg, and size, approximately 13 cm, is so far the smallest among the current 35 cases in which meteorites were recovered from precise strewn-field computation thanks to observational data. This result demonstrates the effectiveness of accurate processing of fireball network data even on challenging events generated by small size meteoroids. 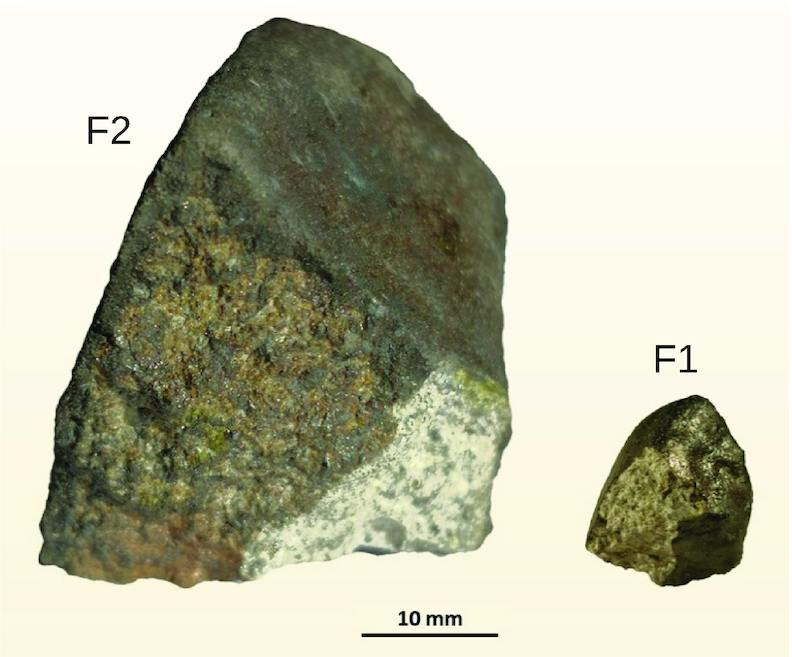