We test general relativity (GR) at the effective redshift $\bar{z} \sim 1.5$ by estimating the statistic EG, a probe of gravity, on cosmological scales $19 - 190\, h^{-1}{\rm Mpc}$. This is the highest redshift and largest scale estimation of EG so far. We use the quasar sample with redshifts 0.8 < z < 2.2 from Sloan Digital Sky Survey IV extended Baryon Oscillation Spectroscopic Survey Data Release 16 as the large-scale structure (LSS) tracer, for which the angular power spectrum $C_\ell ^{qq}$ and the redshift-space distortion parameter β are estimated. By cross-correlating with the Planck 2018 cosmic microwave background (CMB) lensing map, we detect the angular cross-power spectrum $C_\ell ^{\kappa q}$ signal at $12\, \sigma$ significance. Both jackknife resampling and simulations are used to estimate the covariance matrix (CM) of EG at five bins covering different scales, with the later preferred for its better constraints on the covariances. We find EG estimates agree with the GR prediction at $1\, \sigma$ level over all these scales. With the CM estimated with 300 simulations, we report a best-fitting scale-averaged estimate of $E_G(\bar{z})=0.30\pm 0.05$, which is in line with the GR prediction $E_G^{\rm GR}(\bar{z})=0.33$ with Planck 2018 CMB + BAO matter density fraction Ωm = 0.31. The statistical errors of EG with future LSS surveys at similar redshifts will be reduced by an order of magnitude, which makes it possible to constrain modified gravity models. 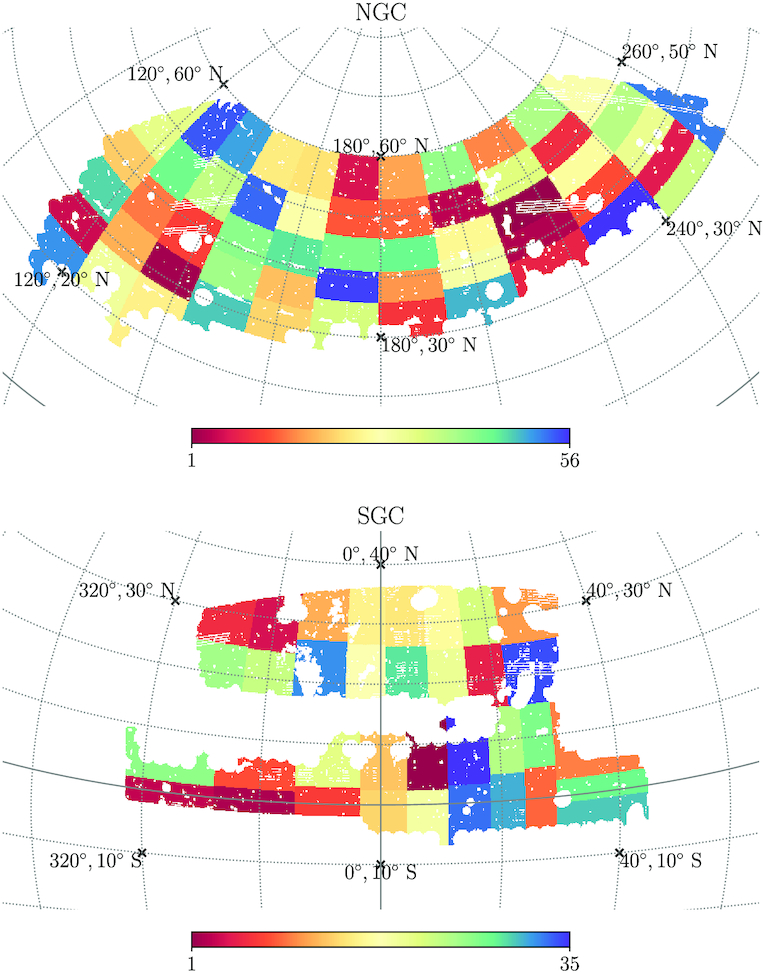