The evolution of gas-phase metallicity and resolved abundances in star-forming galaxies at z ≍ 0.6-1.8

We present an analysis of the chemical abundance properties of ≍650 star-forming galaxies at $z$ ≍ 0.6-1.8. Using integral-field observations from the K-band multi-object spectrograph (KMOS), we quantify the [N II]/H α emission-line ratio, a proxy for the gas-phase oxygen abundance within the interstellar medium. We define the stellar mass-metallicity relation at $z$ ≍ 0.6-1.0 and $z$ ≍ 1.2-1.8 and analyse the correlation between the scatter in the relation and fundamental galaxy properties (e.g. H α star formation rate, H α specific star formation rate, rotation dominance, stellar continuum half-light radius, and Hubble-type morphology). We find that for a given stellar mass, more highly star-forming, larger, and irregular galaxies have lower gas-phase metallicities, which may be attributable to their lower surface mass densities and the higher gas fractions of irregular systems. We measure the radial dependence of gas-phase metallicity in the galaxies, establishing a median, beam smearing corrected, metallicity gradient of ΔZ/ΔR = 0.002 ± 0.004 dex kpc-1, indicating on average there is no significant dependence on radius. The metallicity gradient of a galaxy is independent of its rest-frame optical morphology, whilst correlating with its stellar mass and specific star formation rate, in agreement with an inside-out model of galaxy evolution, as well as its rotation dominance. We quantify the evolution of metallicity gradients, comparing the distribution of ΔZ/ΔR in our sample with numerical simulations and observations at $z$ ≍ 0-3. Galaxies in our sample exhibit flatter metallicity gradients than local star-forming galaxies, in agreement with numerical models in which stellar feedback plays a crucial role redistributing metals. 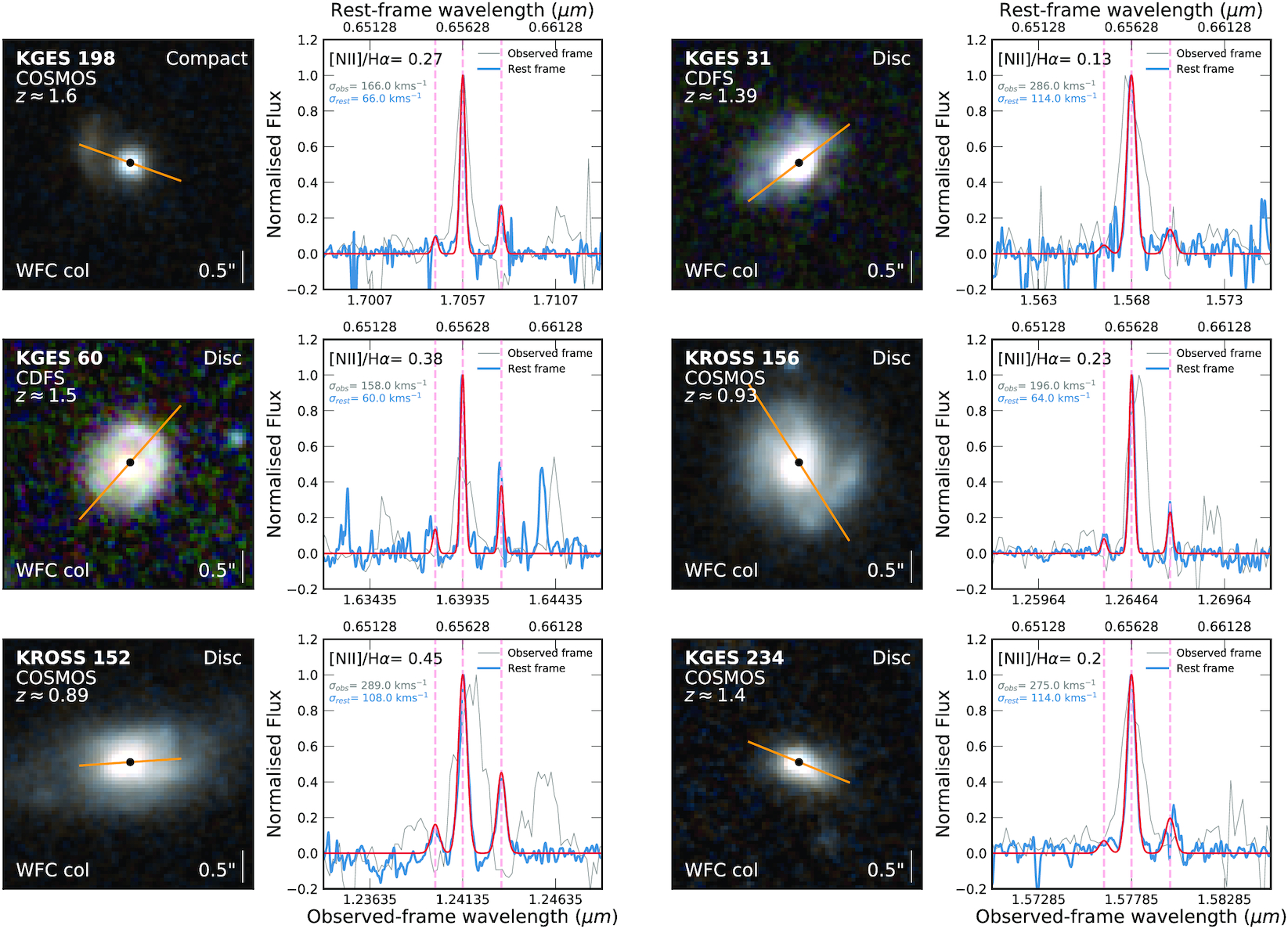