Basic considerations for the observability of kinematically offset binary AGN

The gravitational waves from massive black hole (MBH) binaries are expected to be detected by pulsar timing arrays in the next few years. While they are a promising source for multimessenger observations as binary active galactic nuclei (AGNs), few convincing candidates have been identified in electromagnetic surveys. One approach to identifying candidates has been through spectroscopic surveys searching for offsets or time-dependent offsets of broad emission lines (BLs), which may be characteristic of Doppler shifts from binary orbital motion. In this study, we predict the parameter space of MBH binaries that should be kinematically detectable. There is a delicate trade-off between requiring binary separations to be large enough for BL regions to remain attached to one of the AGNs, but also small enough such that their orbital velocity is detectable. We find that kinematic signatures are only observable for the lower mass secondary AGN, for binaries with total masses above about $10^8 \, \textrm {M}_{\odot }$ , and separations between 0.1 and 1 pc. We motivate our usage of a kinematic offset sensitivity of 103 km s-1, and a sensitivity to changing offsets of 102 km s-1. With these parameters, and an Eddington ratio of 0.1, we find that $0.5{{\ \rm per\ cent}}$ of binaries have detectable offsets, and only $0.03{{\ \rm per\ cent}}$ have detectable velocity changes. Overall, kinematic binary signatures should be expected in fewer than one in 104 AGNs. Better characterizing the intrinsic variability of BLs is crucial to understanding and vetting MBH binary candidates. This requires multi-epoch spectroscopy of large populations of AGNs over a variety of time-scales. 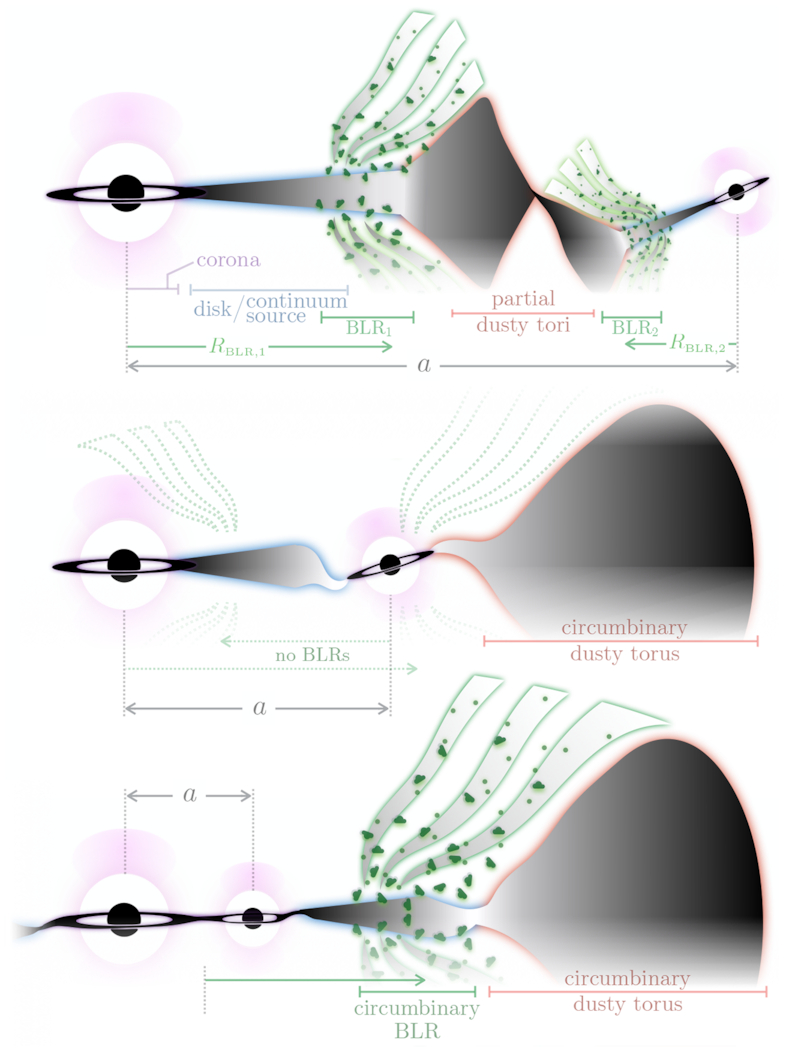