The distinct stellar-to-halo mass relations of satellite and central galaxies: insights from the IllustrisTNG simulations

We study the stellar-to-halo mass relation (SHMR) for central and satellite galaxies with total dynamical masses above $10^{10.5}\, \rm {M}_\odot$ using the suite of cosmological magnetohydrodynamical simulations IllustrisTNG. In particular, we quantify environmental effects on satellite populations from TNG50, TNG100, and TNG300 located within the virial radius of group- and cluster-like hosts with total masses of $10^{12\!-\!15.2}\, \rm {M}_\odot$ . At fixed stellar mass, the satellite SHMR exhibits a distinct shift towards lower dynamical mass compared to the SHMR of centrals. Conversely, at fixed dynamical mass, satellite galaxies appear to have larger stellar-to-total mass fractions than centrals by up to a factor of a few. The systematic deviation from the central SHMR is larger for satellites in more massive hosts, at smaller cluster-centric distances, with earlier infall times, and that inhabits higher local density environments; moreover, it is in place already at early times (z ≲ 2). Systematic environmental effects might contribute to the perceived galaxy-to-galaxy variation in the measured SHMR when galaxies cannot be separated into satellites and centrals. The SHMR of satellites exhibits a larger scatter than centrals (by up to ∼0.8 dex), over the whole range of dynamical mass. The shift of the satellite SHMR results mostly from tidal stripping of their dark matter, which affects satellites in an outside-in fashion: The departure of the satellite SHMR from the centrals' relation diminishes for measurements of dynamical mass in progressively smaller apertures. Finally, we provide a family of fitting functions for the SHMR predicted by IllustrisTNG. 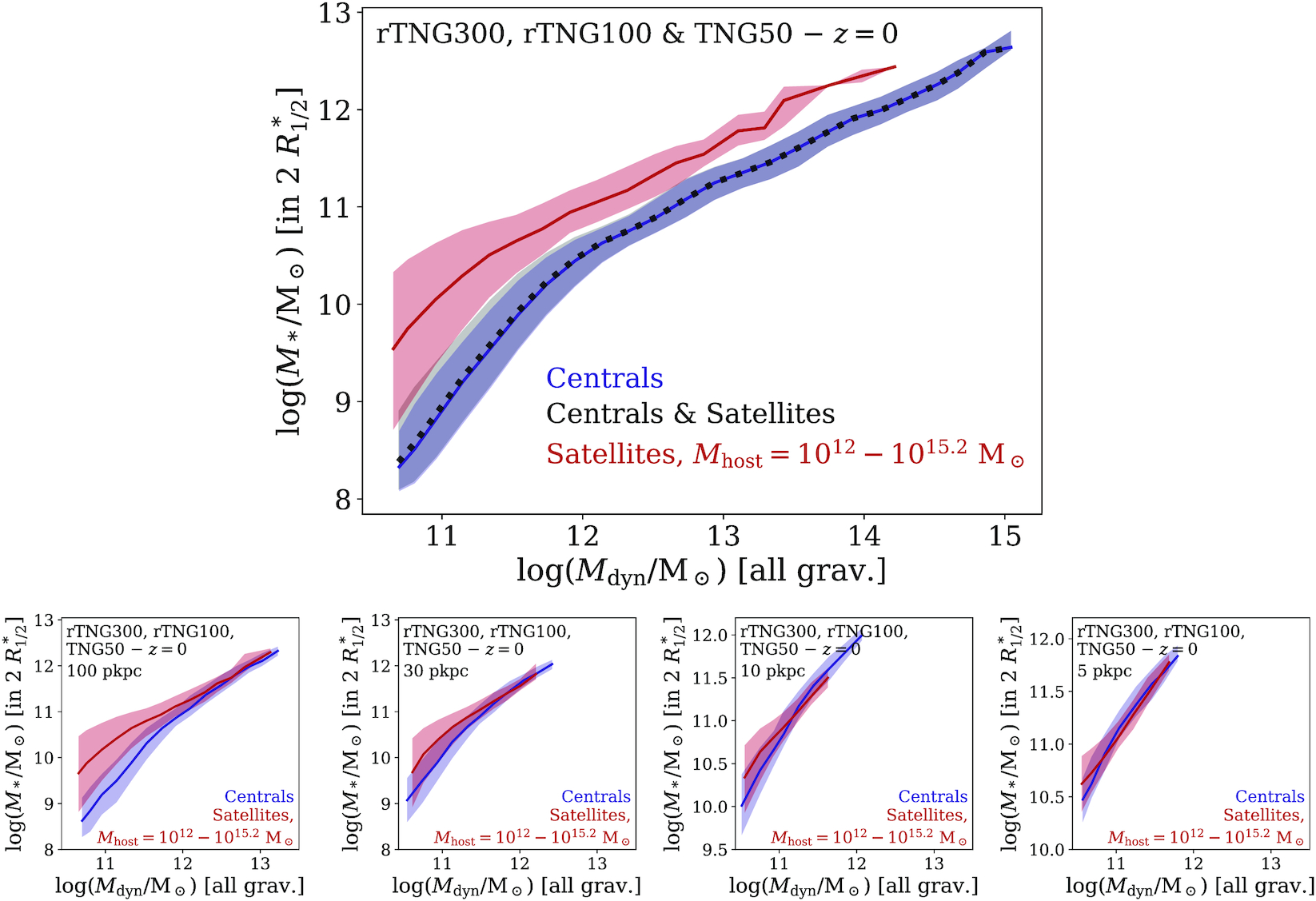