A comparative study of satellite galaxies in Milky Way-like galaxies from HSC, DECaLS, and SDSS

We conduct a comprehensive and statistical study of the luminosity functions (LFs) for satellite galaxies, by counting photometric galaxies from HSC, DECaLS, and SDSS around isolated central galaxies (ICGs) and paired galaxies from the SDSS/DR7 spectroscopic sample. Results of different surveys show very good agreement. The satellite LFs can be measured down to MV ∼ -10, and for central primary galaxies as small as 8.5 < log10M*/M⊙ < 9.2 and 9.2 < log10M*/M⊙ < 9.9, which implies there are on average 3-8 satellites with MV < -10 around LMC-mass ICGs. The bright end cutoff of satellite LFs and the satellite abundance are both sensitive to the magnitude gap between the primary and its companions, indicating galaxy systems with larger magnitude gaps are on average hosted by less massive dark matter haloes. By selecting primaries with stellar mass similar to our Milky Way (MW), we discovered that (i) the averaged satellite LFs of ICGs with different magnitude gaps to their companions and of galaxy pairs with different colour or colour combinations all show steeper slopes than the MW satellite LF; (ii) there are on average more satellites with -15 < MV < -10 than those in our MW; (iii) there are on average 1.5 to 2.5 satellites with MV < -16 around ICGs, consistent with our MW; (iv) even after accounting for the large scatter predicted by numerical simulations, the MW satellite LF is uncommon at MV > -12. Hence, the MW and its satellite system are statistically atypical of our sample of MW-mass systems. In consequence, our MW is not a good representative of other MW-mass galaxies. Strong cosmological implications based on only MW satellites await additional discoveries of fainter satellites in extra-galactic systems. Interestingly, the MW satellite LF is typical among other MW-mass systems within 40 Mpc in the local Universe, perhaps implying the Local Volume is an underdense region. 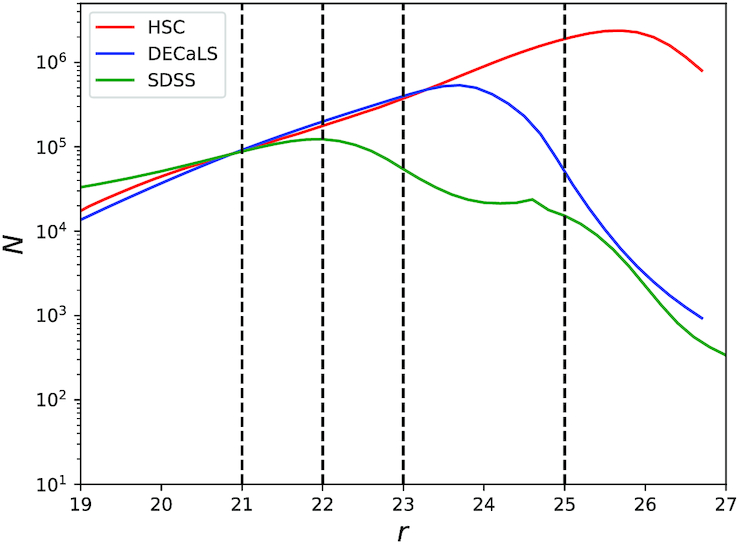