We present the first study of the effect of ram pressure 'unwinding' the spiral arms of cluster galaxies. We study 11 ram-pressure stripped galaxies from GASP (GAs Stripping Phenomena in galaxies) in which, in addition to more commonly observed 'jellyfish' features, dislodged material also appears to retain the original structure of the spiral arms. Gravitational influence from neighbours is ruled out and we compare the sample with a control group of undisturbed spiral galaxies and simulated stripped galaxies. We first confirm the unwinding nature, finding that the spiral arm pitch angle increases radially in 10 stripped galaxies and also simulated face-on and edge-on stripped galaxies. We find only younger stars in the unwound component, while older stars in the disc remain undisturbed. We compare the morphology and kinematics with simulated ram-pressure stripping galaxies, taking into account the estimated inclination with respect to the intracluster medium (ICM) and find that in edge-on stripping, unwinding can occur due to differential ram pressure caused by the disc rotation, causing stripped material to slow and 'pile up'. In face-on cases, gas removed from the outer edges falls to higher orbits, appearing to 'unwind'. The pattern is fairly short-lived (<0.5 Gyr) in the stripping process, occurring during first infall and eventually washed out by the ICM wind into the tail of the jellyfish galaxy. By comparing simulations with the observed sample, we find that a combination of face-on and edge-on 'unwinding' effects is likely to be occurring in our galaxies as they experience stripping with different inclinations with respect to the ICM. 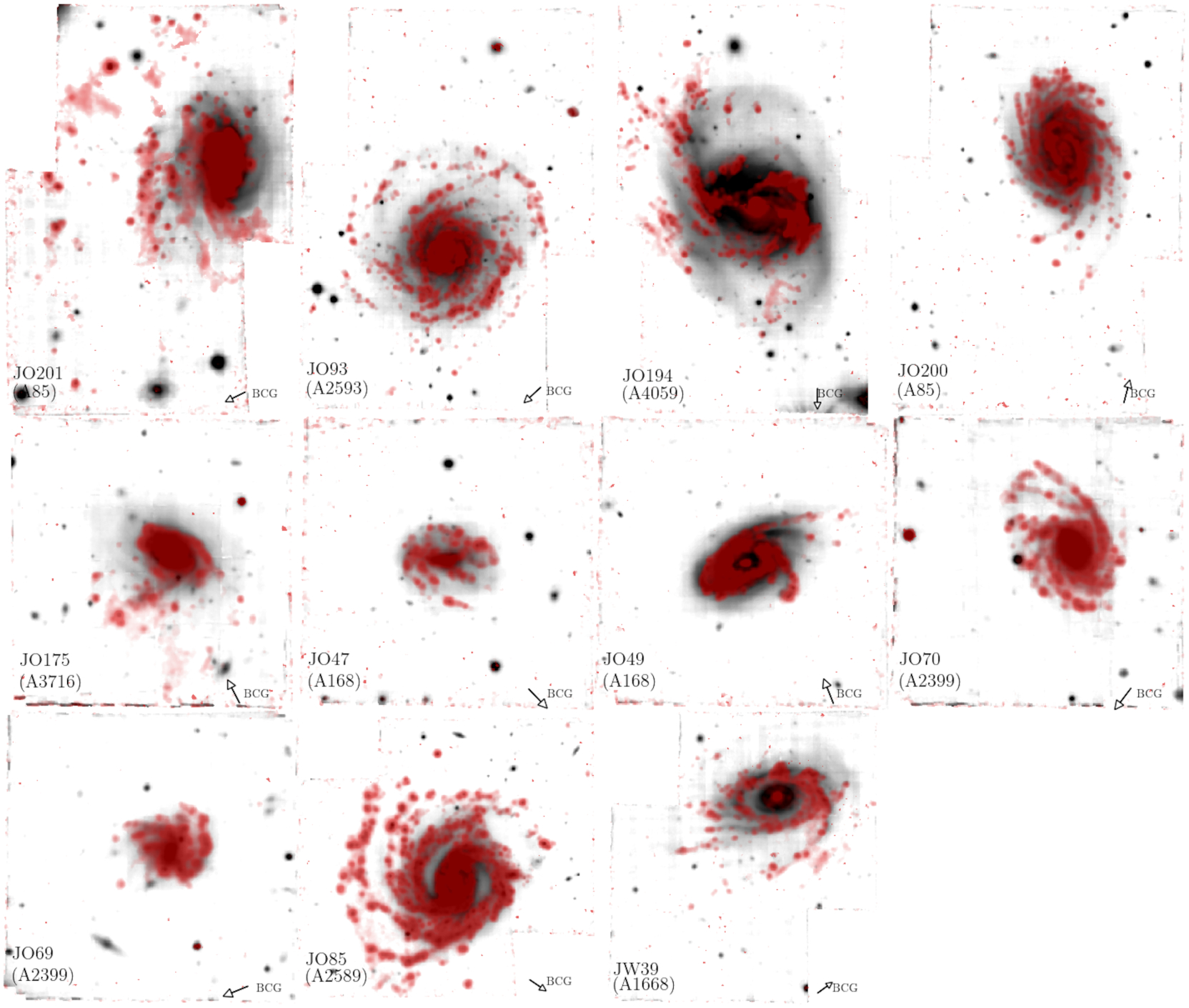