We compute rates of merging neutron stars (MNS) in different galaxies, as well as the cosmic MNS rate in different cosmological scenarios. Our aim is to provide predictions of kilonova rates for future observations both at low and high redshift. In the adopted galaxy models, the production of r-process elements either by MNS or core-collapse supernovae is taken into account. To compute the MNS rates, we adopt either a constant total time delay for merging (10 Myr) or a distribution function of such delays. We conclude (i) the observed present time MNS rate in our Galaxy is well reproduced either with a constant time delay or a distribution function ∝t-1. (ii) The [Eu/Fe] versus [Fe/H] relation can be well reproduced with only MNS, if the time delay is short and constant. If a distribution function of delays is adopted, core-collapse supernovae are also required. (iii) The present time cosmic MNS rate can be well reproduced in several cosmological scenarios. (iv) Spiral galaxies are the major contributors to the cosmic MNS at all redshifts in hierarchical scenarios. In the pure luminosity evolution scenario, the spirals are the major contributors locally, whereas at high redshift ellipticals dominate. (v) The predicted cosmic MNS rate well agrees with the cosmic rate of short gamma-ray bursts, if the distribution function of delays is adopted in a cosmological hierarchical scenario observationally derived. (vi) Future observations of kilonovae in ellipticals will allow us to disentangle among constant or a distribution of time delays and among different cosmological scenarios. 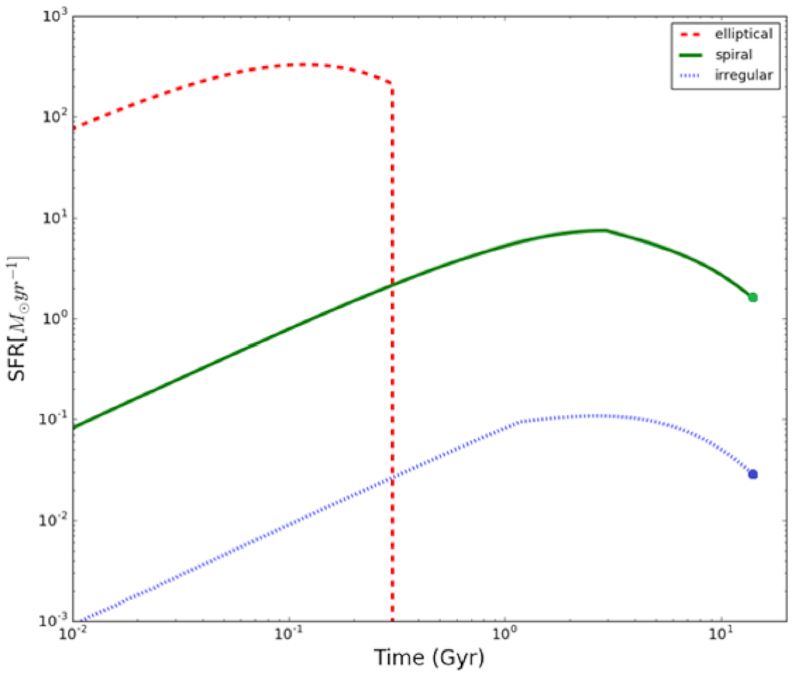