IllustrisTNG and S2COSMOS: possible conflicts in the evolution of neutral gas and dust

We investigate the evolution in galactic dust mass over cosmic time through (i) empirically derived dust masses using stacked submillimetre fluxes at 850 μm in the COSMOS field and (ii) dust masses derived using a robust post-processing method on the results from the cosmological hydrodynamical simulation IllustrisTNG. We effectively perform a 'self-calibration' of the dust mass absorption coefficient by forcing the model and observations to agree at low redshift and then compare the evolution shown by the observations with that predicted by the model. We create dust mass functions (DMFs) based on the IllustrisTNG simulations from 0 < z < 0.5 and compare these with previously observed DMFs. We find a lack of evolution in the DMFs derived from the simulations, in conflict with the rapid evolution seen in empirically derived estimates of the low-redshift DMF. Furthermore, we observe a strong evolution in the observed mean ratio of dust mass to stellar mass of galaxies over the redshift range 0 < z < 5, whereas the corresponding dust masses from IllustrisTNG show relatively little evolution, even after splitting the sample into satellites and centrals. The large discrepancy between the strong observed evolution and the weak evolution predicted by IllustrisTNG plus post-processing may be explained by either strong cosmic evolution in the properties of the dust grains or limitations in the model. In the latter case, the limitation may be connected to previous claims that the neutral gas content of galaxies does not evolve fast enough in IllustrisTNG. 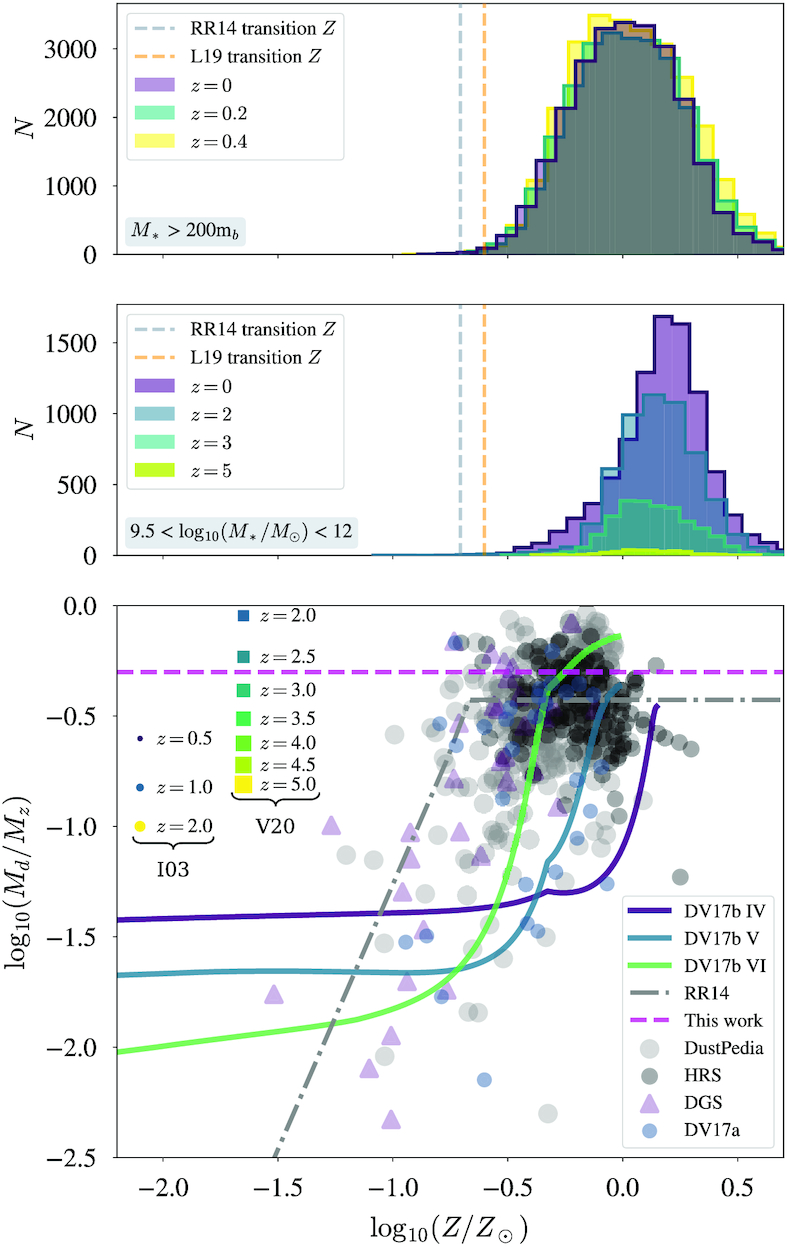