Understanding the Impacts of Stellar Companions on Planet Formation and Evolution: A Survey of Stellar and Planetary Companions within 25 pc

We explore the impact of outer stellar companions on the occurrence rate of giant planets detected with radial velocities. We searched for stellar and planetary companions to a volume-limited sample of solar-type stars within 25 pc. Using adaptive optics imaging observations from the Lick 3 m and Palomar 200″ Telescopes, we characterized the multiplicity of our sample stars, down to the bottom of the main sequence. With these data, we confirm field star multiplicity statistics from previous surveys. We additionally combined three decades of radial velocity (RV) data from the California Planet Search with newly collected RV data from Keck/HIRES and the Automated Planet Finder/Levy Spectrometer to search for planetary companions in these same systems. Using an updated catalog of both stellar and planetary companions, as well as detailed injection/recovery tests to determine our sensitivity and completeness, we measured the occurrence rate of planets among the single- and multiple-star systems. We found that planets with masses in the range of 0.1-10 MJ and with semimajor axes of 0.1-10 au have an occurrence rate of ${0.18}_{-0.03}^{+0.04}$ planets per star when they orbit single stars and an occurrence rate of 0.12 ± 0.04 planets per star when they orbit a star in a binary system. Breaking the sample down by the binary separation, we found that only one planet-hosting binary system had a binary separation <100 au, and none had a separation <50 au. These numbers yielded planet occurrence rates of ${0.20}_{-0.06}^{+0.07}$ planets per star for binaries with separation aB > 100 au and ${0.04}_{-0.02}^{+0.04}$ planets per star for binaries with separation aB < 100 au. The similarity in the planet occurrence rate around single stars and wide primaries implies that wide binary systems should actually host more planets than single-star systems, since they have more potential host stars. We estimated a system-wide planet occurrence rate of 0.3 planets per wide binary system for binaries with separations aB > 100 au. Finally, we found evidence that giant planets in binary systems have a different semimajor-axis distribution than their counterparts in single-star systems. The planets in the single-star sample had a significantly higher occurrence rate outside of 1 au than inside 1 au by nearly 4σ, in line with expectations that giant planets are most common near the snow line. However, the planets in the wide binary systems did not follow this distribution, but rather had equivalent occurrence rates interior and exterior to 1 au. This may point to binary-mediated planet migration acting on our sample, even in binaries wider than 100 au. 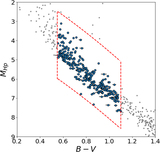