We investigate the inner regions of the Milky Way using data from APOGEE and Gaia EDR3. Our inner Galactic sample has more than 26 500 stars within |XGal|< 5 kpc, |YGal|< 3.5 kpc, |ZGal|< 1 kpc, and we also carry out the analysis for a foreground-cleaned subsample of 8000 stars that is more representative of the bulge-bar populations. These samples allow us to build chemo-dynamical maps of the stellar populations with vastly improved detail. The inner Galaxy shows an apparent chemical bimodality in key abundance ratios [α/Fe], [C/N], and [Mn/O], which probe different enrichment timescales, suggesting a star formation gap (quenching) between the high- and low-α populations. Using a joint analysis of the distributions of kinematics, metallicities, mean orbital radius, and chemical abundances, we can characterize the different populations coexisting in the innermost regions of the Galaxy for the first time. The chemo-kinematic data dissected on an eccentricity-|Z|max plane reveal the chemical and kinematic signatures of the bar, the thin inner disc, and an inner thick disc, and a broad metallicity population with large velocity dispersion indicative of a pressure-supported component. The interplay between these different populations is mapped onto the different metallicity distributions seen in the eccentricity-|Z|max diagram consistently with the mean orbital radius and Vϕ distributions. A clear metallicity gradient as a function of |Z|max is also found, which is consistent with the spatial overlapping of different populations. Additionally, we find and chemically and kinematically characterize a group of counter-rotating stars that could be the result of a gas-rich merger event or just the result of clumpy star formation during the earliest phases of the early disc that migrated into the bulge. Finally, based on 6D information, we assign stars a probability value of being on a bar orbit and find that most of the stars with large bar orbit probabilities come from the innermost 3 kpc, with a broad dispersion of metallicity. Even stars with a high probability of belonging to the bar show chemical bimodality in the [α/Fe] versus [Fe/H] diagram. This suggests bar trapping to be an efficient mechanism, explaining why stars on bar orbits do not show a significant, distinct chemical abundance ratio signature. 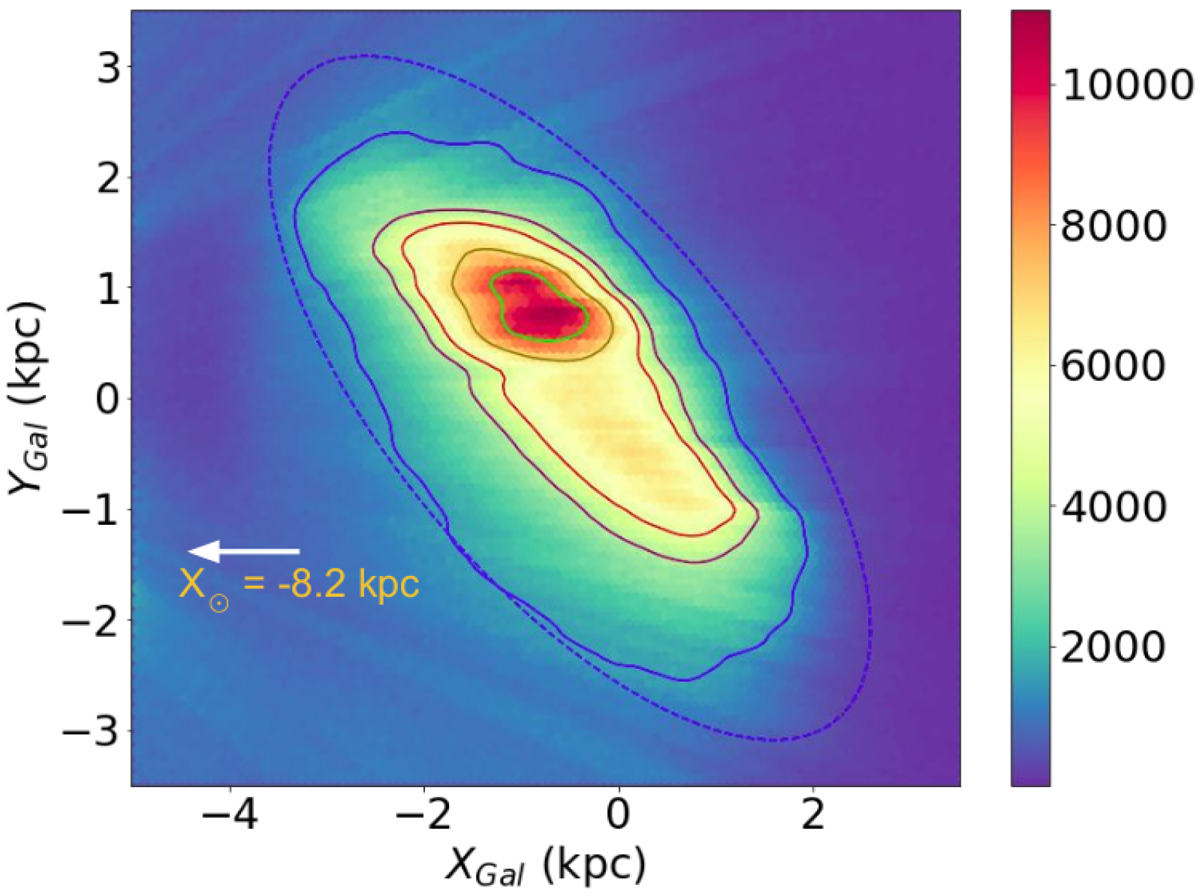