Asteroseismogyrometry of low-mass red giants. I. The SOLA inversion method

Context. During the past 10 years, the unprecedented quality and frequency resolution of asteroseismic data provided by space photometry have revolutionised the study of red-giant stars providing us with the possibility to probe the interior of thousands of these targets.
Aims: Our aim is to present an asteroseismic tool which allows one to determine the total angular momentum of stars, without an a priori inference of their internal rotational profile.
Methods: We adopted the asteroseismic inversion technique developed for the case of the Sun and adapted it to red giants. The method was tested assuming different artificial sets of data, also including modes with harmonic degree l ≥ 2.
Results: We estimate with an accuracy of 14.5% the total angular momentum of the red-giant star KIC 4448777 observed by Kepler during the first four consecutive years of operation.
Conclusions: Our results indicate that the measurement of the total angular momentum of red-giant stars can be determined with a fairly high precision by means of asteroseismology by using a small set of rotational splittings of only dipolar modes; they also show that our method, based on observations of stellar pulsations, provides a powerful mean for testing and modelling the transport of angular momentum in stars. 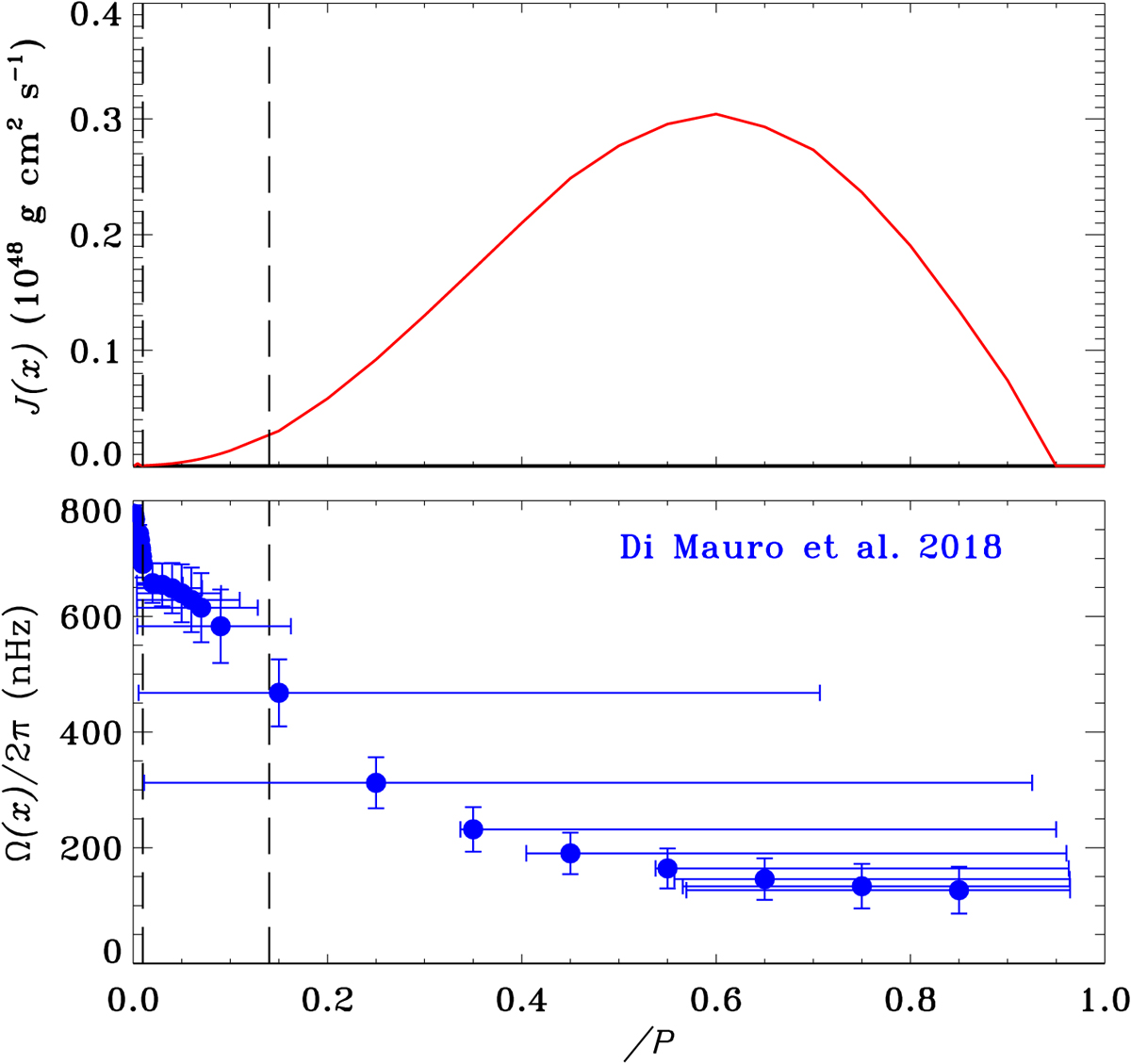