Signatures of UV radiation in low-mass protostars. I. Origin of HCN and CN emission in the Serpens Main region

Context. Ultraviolet radiation (UV) influences the physics and chemistry of star-forming regions, but its properties and significance in the immediate surroundings of low-mass protostars are still poorly understood.
Aims: Our aim is to extend the use of the CN/HCN ratio, already established for high-mass protostars, to the low-mass regime to trace and characterize the UV field around low-mass protostars on ~0.6 × 0.6 pc scales.
Methods: We present 5' × 5' maps of the Serpens Main Cloud encompassing ten protostars observed with the EMIR receiver at the IRAM 30 m telescope in CN 1-0, HCN 1-0, CS 3-2, and some of their isotopologs. The radiative-transfer code RADEX and the chemical model Nahoon were used to determine column densities of molecules, gas temperature and density, and the UV field strength, G0.
Results: The spatial distribution of HCN and CS are closely correlated with CO 6-5 emission, that traces outflows. The CN emission is extended from the central protostars to their immediate surroundings also tracing outflows, likely as a product of HCN photodissociation. The ratio of CN to HCN total column densities ranges from ~1 to 12 corresponding to G0 ≈ 101-103 for gas densities and temperatures typical for outflows of low-mass protostars.
Conclusions: UV radiation associated with protostars and their outflows is indirectly identified in a significant part of the Serpens Main low-mass star-forming region. Its strength is consistent with the values obtained from the OH and H2O ratios observed with Herschel and compared with models of UV-illuminated shocks. From a chemical viewpoint, the CN to HCN ratio is an excellent tracer of UV fields around low- and intermediate-mass star-forming regions. 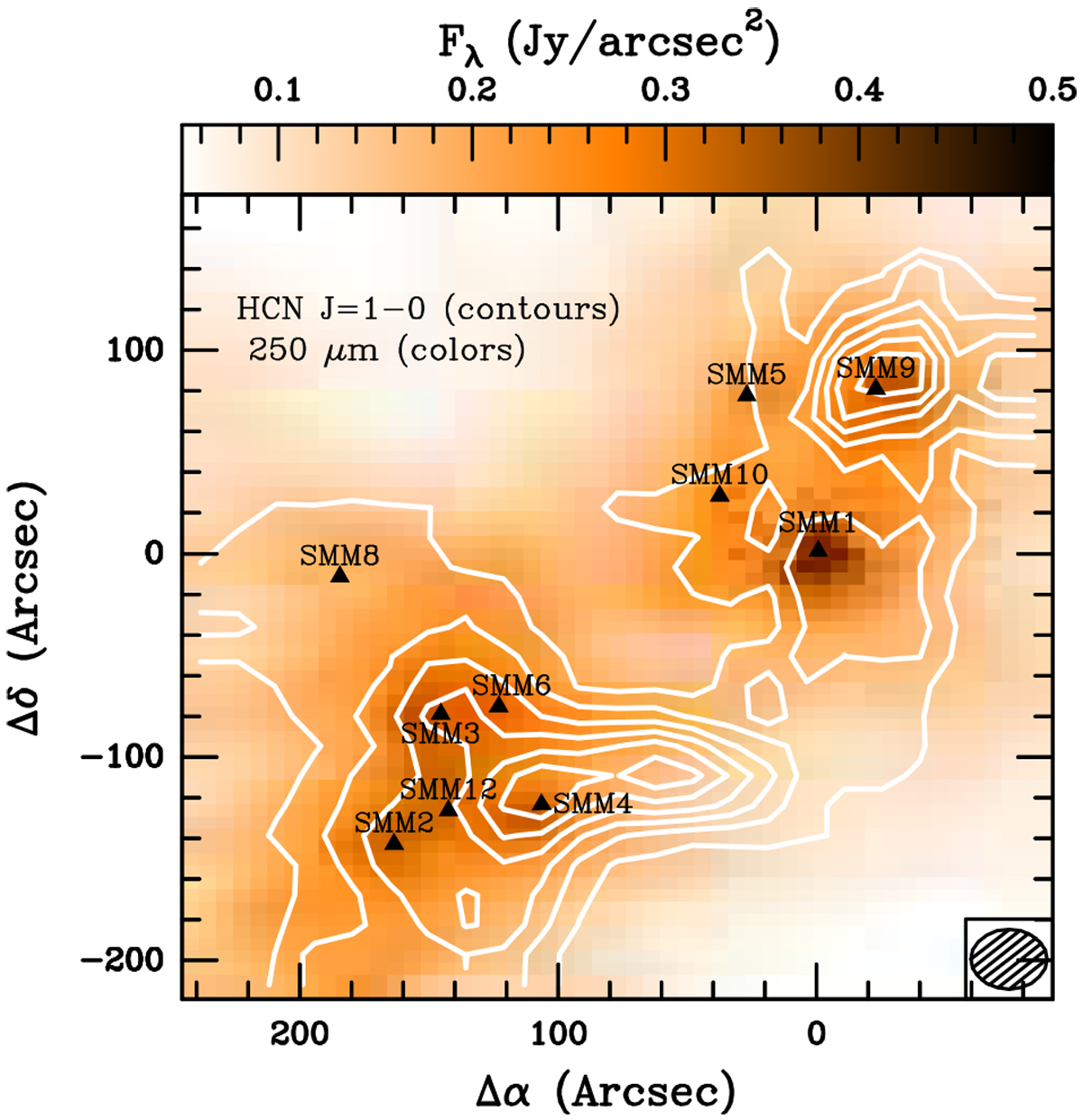